This is how it went down people! Yo!

Before I forget what happened during the birth of our third child I wanted to let you’ll devoted readers know what went down last week. I don’t want to forget a detail in preparation for when I write my autobiography about the life of an awesome person.

Stella immediately cradled the doll and fed her from the fake bottle. Xavier ran her over with his car and then threw it.

Hospital Check In
We checked into the hospital around 8:30am.

Before going into the operating room for the c-section Anna had to sign the consent forms. She reminded the OB that she needed the form authorizing her to “tie her tubes” so we wouldn’t have any more accident babies. The OB looked at Anna and then at me, “Are you sure. No more kids” “Yes”, we told her. Anna then paused and was all like,” oh wait, um…well, only if the baby looks ok”.

The OB looked at me with an expression that said, “What the hell is she talking about?” I looked at Anna, “What does that mean, Anna?” Anna’s like, “you know, you know…..not dead”. So the OB adds to the consent form, “living baby before proceeding with tying tubes. Mom is messed up”

Birth
I met Anna in the operating room about 20 minutes after she signed the forms. She was already strapped to the table. The OB made a few cuts with her knife and lo and behold out came Fiona Marie at 11:08am. The OB yelled over to Anna that the baby was alive and then went ahead with removing her sex organs.

First Night
As we approached sunset of our first night in the hospital the nurse for the evening came into the room and asked if we wanted her to take the baby to the nursery. We told her “no” we’ll be fine with the baby in our room. She looked at Anna and reminded her that she could not get out of bed due to the c-section. I assured the nurse it was ok because I’d be spending the night and would bring the baby to Anna for feedings.

She looked at me and was all like, “Only if you are going to hear her (meaning the baby)?” Hmm, I didn’t know how to take that so I punched her.

Obviously I wasn’t deaf because if I was deaf my voice would have a weird tonal problem like when real deaf people try to speak; think Helen Keller. The nurse obviously hates hot men.

Middle of the First Night
So new baby was a perfect angel during the day and decided to cry and be an all around pain in the ass the first night (and for every night since then for that matter). So I’m sitting in the chair in the hospital with my feet up trying to rock little Fiona to sleep. The nurse comes in and says to Anna, “I’m concerned he’s going to drop her.” At that point I figured she must think I’m deaf considering she said that right in front of me. I responded with sign language. The only sign language I know is my middle finger.

Fourth Kid
For a split second after Fiona Marie was born I thought it was too bad we weren’t having more kids. Then Fiona cried all night and I got over it in about one second.

Leaving Hospital
While pulling out of the loading dock of the hospital I totally scrapped the side of our car on a construction block. There were just too many damn parents loading up their cars with babies!! There was this SUV in particular that was parked on the curb and I tried to squeeze past it which resulted in said damage.

I should have gone back and run over their baby. That sounds harsh but when I says “baby” I mean the theoretical baby they were bringing home that was just born at the same hospital.

Here's some pictures from our personal photographer Aunt Duda. 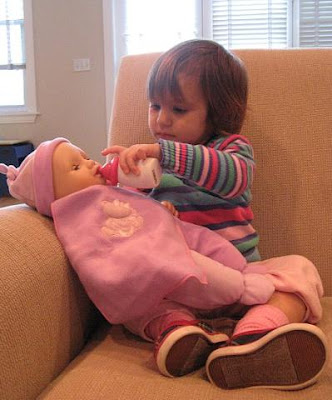 Stella is feeding her doll baby. She is an unwed single mother. 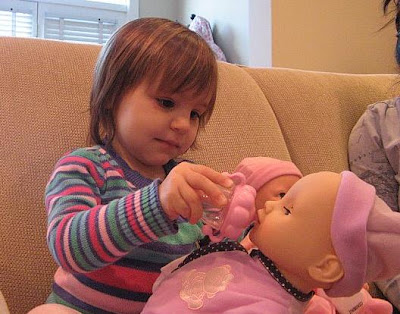 Xavier's baby is in the background. She is recovering from being run over by his car. 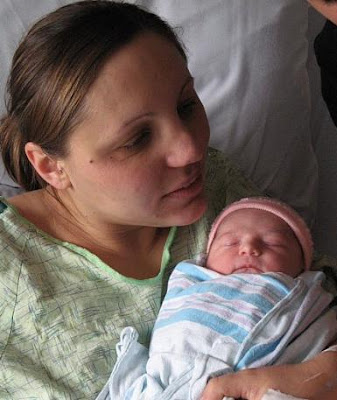 Fiona Marie right after coming out. If you think she looks fat here,let me tell you, this kid has gained almost 2 pounds in a week just from breast milk. 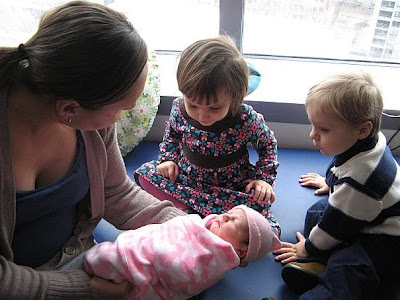 Stella and Xavier at the hospital. They have no idea what this thing is. 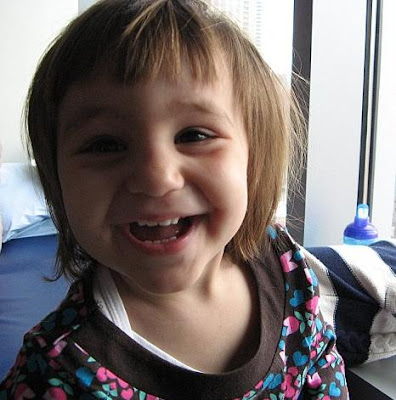 Stella at the hospital. 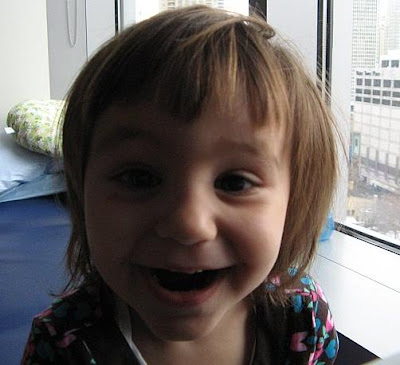 Stella loves the hospital. Her brother and her trashed the room so I had to take them home. 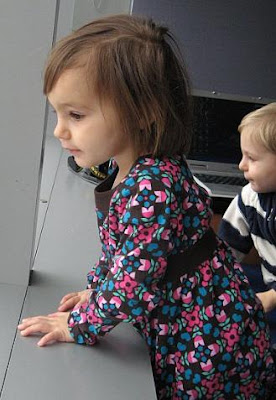 The kids watching people getting mugged from the highrise window at the hospital.

Xavier was more interested in the balloons than his new baby sister. We tied the ballons to his wrist and he fly away. I wonder what happened to him. He was a good son. 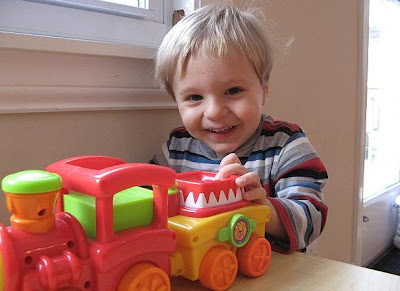 If it has wheels he likes it. 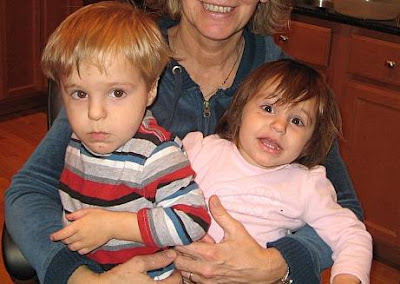 I found this picture of the kids when my mother inlaw was taking care of them. What in the world is going on? I'm just saying! **

**I must note that my mother in-law was a great help with the kids and we could not have survived without her.

*** I didn't mean to cut her face off either. I was trying to zoom in on Stella.