IKEA furniture is like a cute old person that smells better. It’s cheap, and the legs fall off when you move it. So, last Saturday Anna and I headed to mini-Sweden to buy Stella and Xavier some toddler beds. Anna’s mom watched the kids as she was in town to help out and let us celebrate our six year wedding anniversary. Hurray for us!!

Swedish people have a lot of pluses, like how they all walk around naked giving each other massages. Those smooth Swedish hands rubbing oil over each other. But the way they decorate their country is ridiculous.

I’m not going to judge someone else’s style but hanging plastic silver polka dots on your living room walls is the dumbest thing I’ve ever seen on the entire planet including the planet Mars, the planet Pluto, the planet Jupiter, and the planet of the apes.

I would love to meet the person who decorates like this so I can slap them from here to China. Learn some Feng Shui before you come back and pick me up a black tea.

We finally got home from mini-Sweden with two beds that smelled like cinnamon rolls.

Stella and Xavier’s first time in their beds did not go well at all. They jumped on their beds, they did somersaults off the side of their beds and they ran around the room holding hands.

That night, and for the next week, things were basically a repeat of the first night.

The grand finale happened Wednesday when Xavier pooed in his diaper and along with his sister used the feces to draw on the walls. I’m saying “feces” to make sure this blog stays family friendly.

The RV sales person is bringing our motor home over next week so we can move to the trailer park. I knew this day would come.

Baby Fifi has started eating rice cereal and she is a pig. She is so impatient for the next spoonful of food to get into her mouth that she leans forward and almost falls right out of the feeding pillow/seat thing-a-ma-jig. I always knew she was the cutest one of our kids but after the oldest two drew on the walls with poo it's apparent she is also the smartest. Not only that, she has started to roll over. Can you spell jeanious!!

For our six year wedding anniversary I made Anna a photo album of all the years we've been together. It came out so great I'm thinking of making her a calendar of topless pictures of myself. Here's a sampling of what it will look like. Don't even ask to buy one.

***So that my mom doesn't have a heart attack I must inform my readers that these pictures are not me. I found them on the internet. I look a lot better. 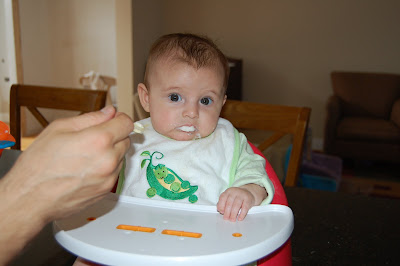 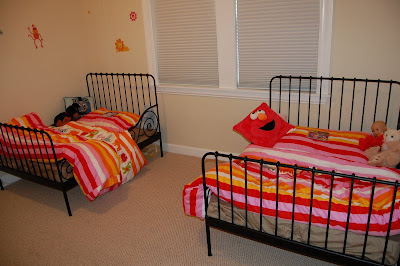 The toddler beds. Didn't we decorate this room really well? The style is called, "cheap". It was completed with almost no effort. 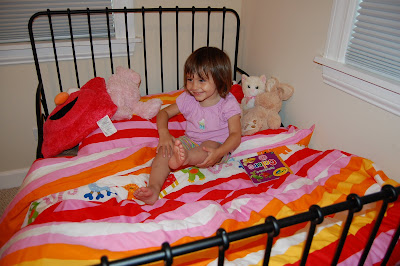 I always find Stella sleeping in her bed on top of all the cover facing sideways or with her head at the foot of the bed. 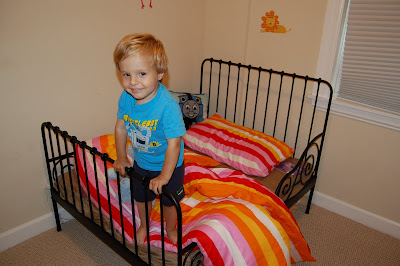 Xavier flipped himself over the foot board a few times. He hurt himself each time and for what reason I don't know he finally stopped 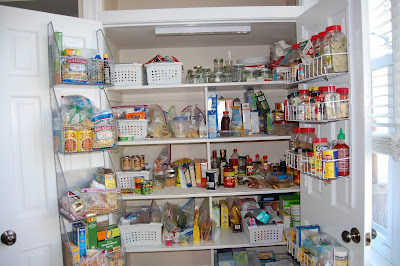 Our new baby, the pantry. Look at this! Spices, baking stuff, stuff that makes stuff all in one place. I love it. I slept here last night.
Email Post
Labels: beds ikea

Kerry Lynn said…
I LOVE those beds!! are the mattresses bigger than crib mattresses?

An Urban Story said…
Hey Kerry!! The beds expands from a small size to a medium size then a full size twin bed.

The mattress that came with the bed comes in three sections. You add a section each time the bed is expanded. But, I don't know if the smallest size in the same as a crib mattresses. We never had normal cribs because we are weird.