Hey everyone, America’s  The World's favorite blogger here to give you another update on my life.  Yeh, we live in a “look at me” world so I'm compelled to write about meaningless crap so that I can look important on the outside while suffering hidden feelings of hollowness on the inside that manifest themselves as uncontrollable crying whenever Poison's "Every Rose Has a Thorn" plays on the radio which thank God is almost never.

Our new nanny (pictured below from a previous post) is doing great. She has a really calm demeanor which trickles down to the kids.   The baby sitter we had when we first moved to the NYC area was loud and obnoxious and that trickled down to my annoyance of her. This is way better.

A bit of advice… If you are going to hire someone to raise your children because you are too tired of doing it yourself, hire someone that is the kind of person you want your child to be. If it’s an Olympic figure skater, hire an Olympic figure skater, if it's a physicist...hire a physics PhD... but not the one in the wheelchair because the kids will still need to be fed.

It's better that your kids grow up to be what you want them to be instead of being happy. 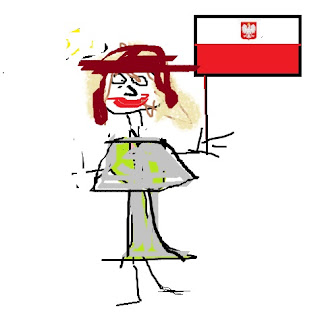 I don't have a lot of energy lately because the kids have used it all up so I'll have to give a blog update via picture captions. 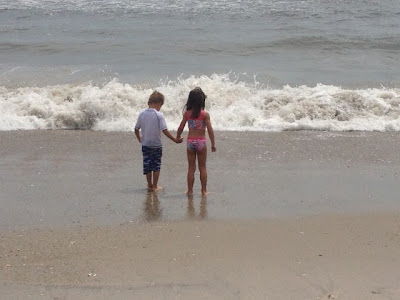 Before the school year started, we took a trip to the Jersey coast where MTV filmed that TV show about kids that tan and workout then get skin cancer and go to rehab or have babbies. 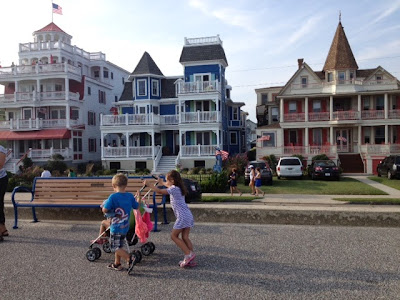 Specifically, we were in Cape May, NJ . The old Victorian homes are beautiful and haunted. Many, many people were murdered in these homes. I don't know specifically how many murders but when I made-up this fact it was about 125 murders per house. 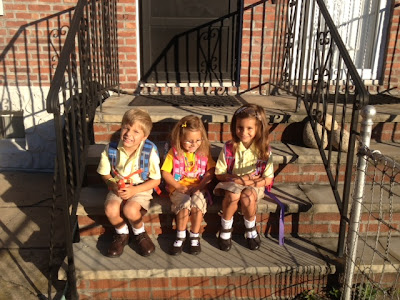 The kids getting ready for the first day of school. I thought things would get easier at this point.


What I didn't realized, was they would be getting homework everyday and that we would have to help them with it. I didn't send them to school to be the teacher!

When I started school, the only thing we cared about was not getting lice and making it home without being abducted. 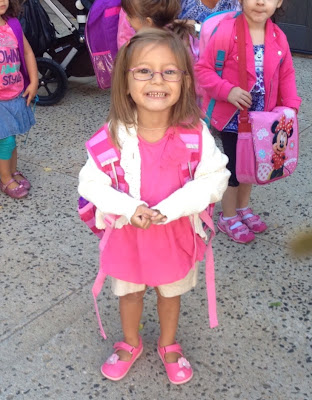 Yeh, preschool. School stops being fun after this. 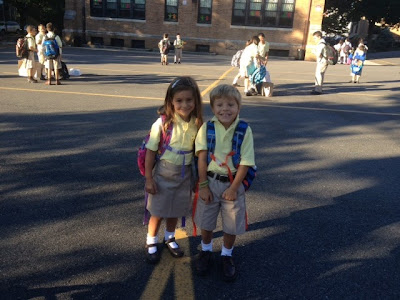 The kids are going to a private Catholic school at the end of the street.The kids were Baptized Catholic from their mom's side and they had to turn in copies of their baptism forms to be entered into the school.

But, when I saw the class list there were a bunch of Greek kids on it so I asked the
teacher if everyone was Catholic.  She said "no, not a all." WTF!?! This is great though, because now I don't have to take them to church like the rule book says.

Oh, yeh....we had to sign a giant rule book. I'm sure it's to keep someone from getting sued.

The school has been pretty awesome so far but they send home too much paper. It's ridiculous. Each kid will get the same annoucement in their backpacks, "Bake sale coming up!", "Fundraiser Meeting"...etc...etc...