I always scour Facebook to see what activities my friend’s are making their kids do and then I sign my kids up for the same activities so I can casually brag about all the amazing things my kids are doing. It's very complicated but it’s the white , upper , upper, upper, upper middle class thing to do. Our family is so upper middle class we can't even go any higher or we'd be upper class.

Last year the twins were playing soccer on Sunday afternoons and I really didn’t enjoy it.  Sometimes it was hot outside and I had to stand in the sun getting wrinkles and others times it was too cold or even raining a little but mostly it was because I had to be outside and there were bugs.

The kids weren't too into it either. If they showed more interest in the sport I would have let them play but I’m a Yoga, Martial Arts, Dance person not a sports team person… especially since a lot of those American Football players beat women in elevators. “I thought you said the second floor!!”…”I said the first bitch, now you gonna down!!”

Any blow me, I searched and searched all the Internets and found a great place on the upper east side of Manhattan for gymnastics. I signed the twins up and now they’re taking classes Sunday mornings instead of going to church because they’ll learn more life skills.

Their coach is fantastic and he really knows how to work with kids without molesting them. 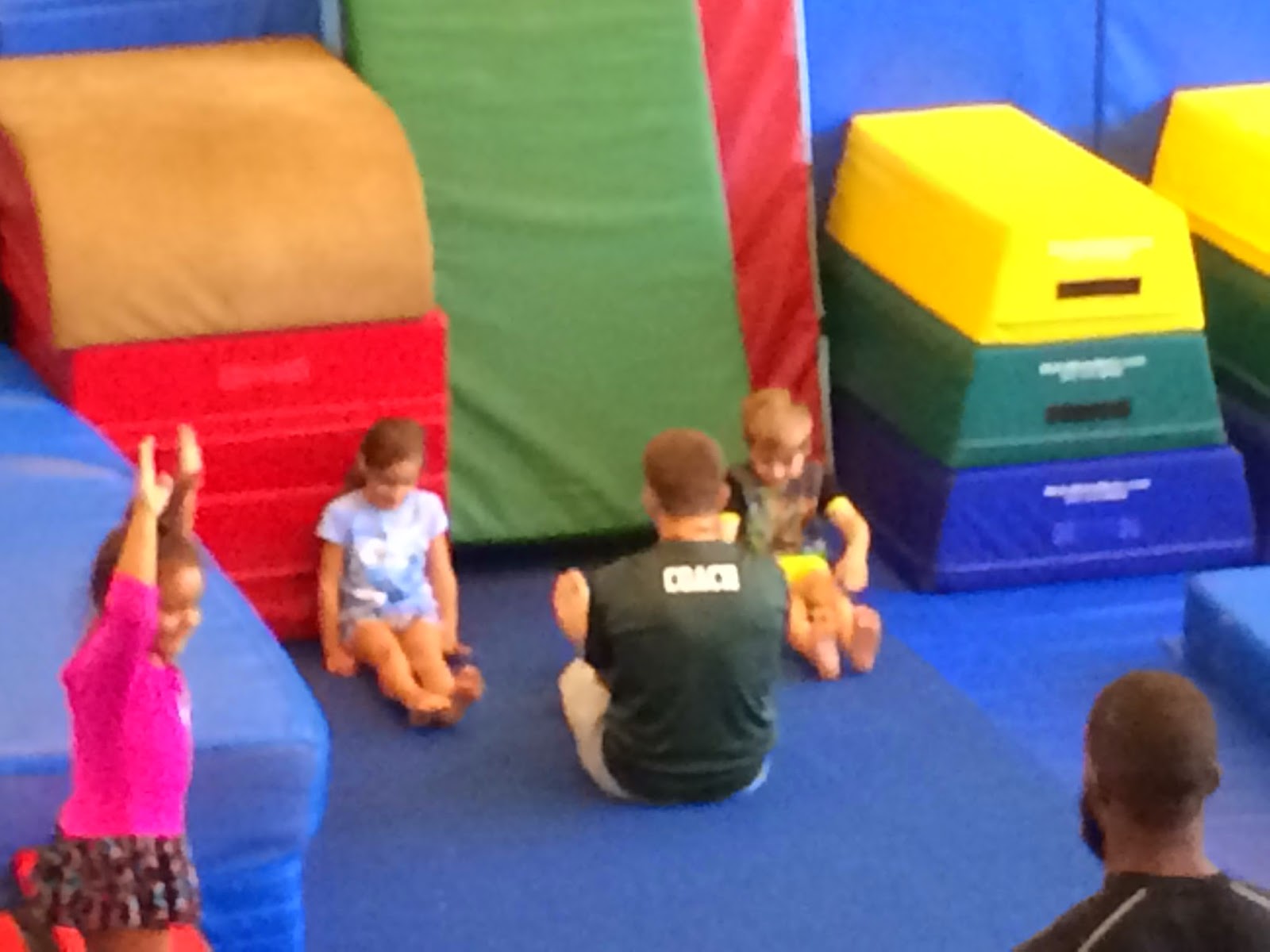 Gymnastic includes stretching. The girl to the left is in a different class.
She'll have to quit in a few years if she doesn't drop of few pounds. 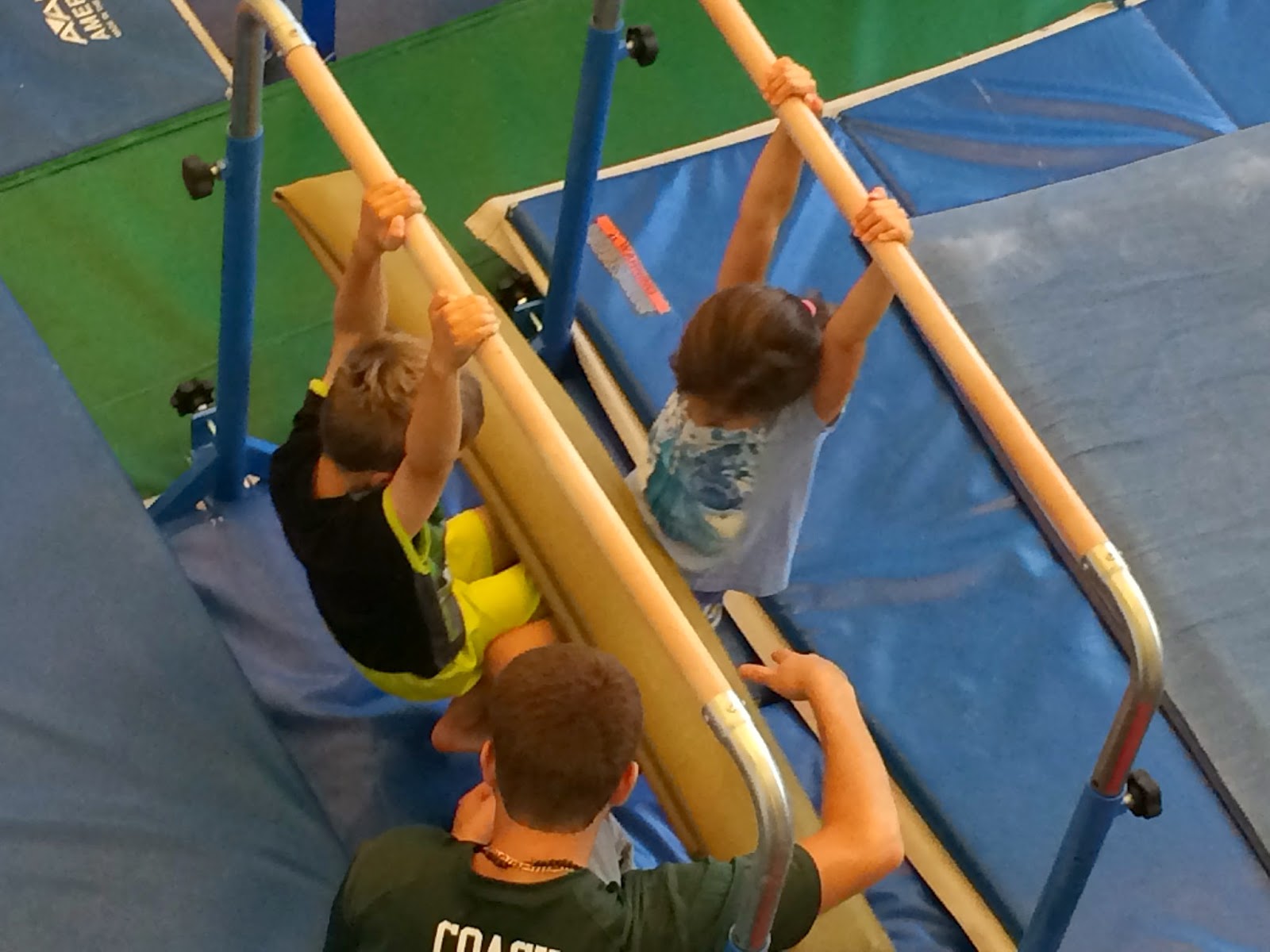 They practiced holding up a ball with their legs to build core strength.
The twins failed at this but I'm not ready to fake a car accident to get rid of them quite yet. 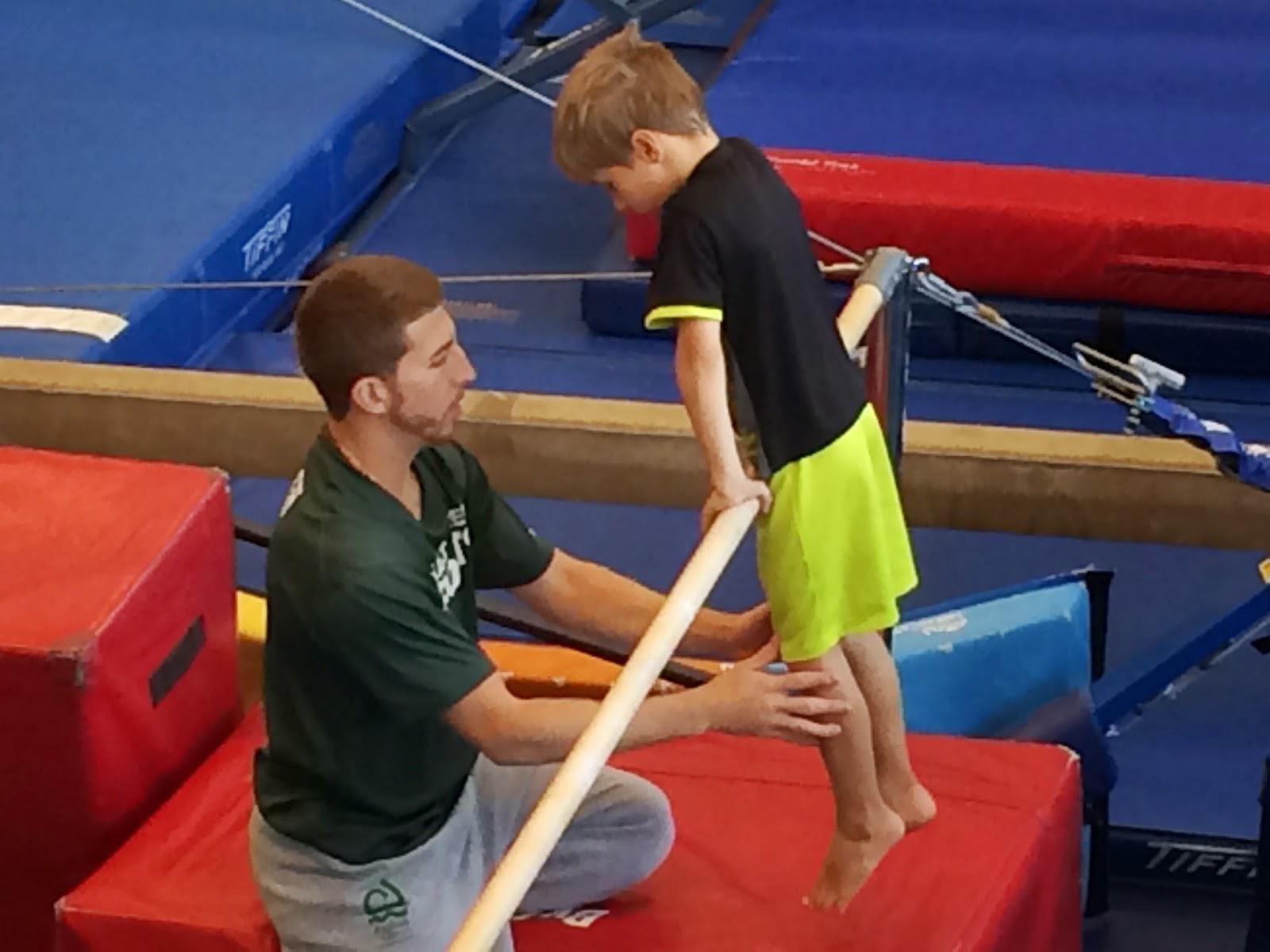 All the gymnastic coaches are short because the tall ones died. 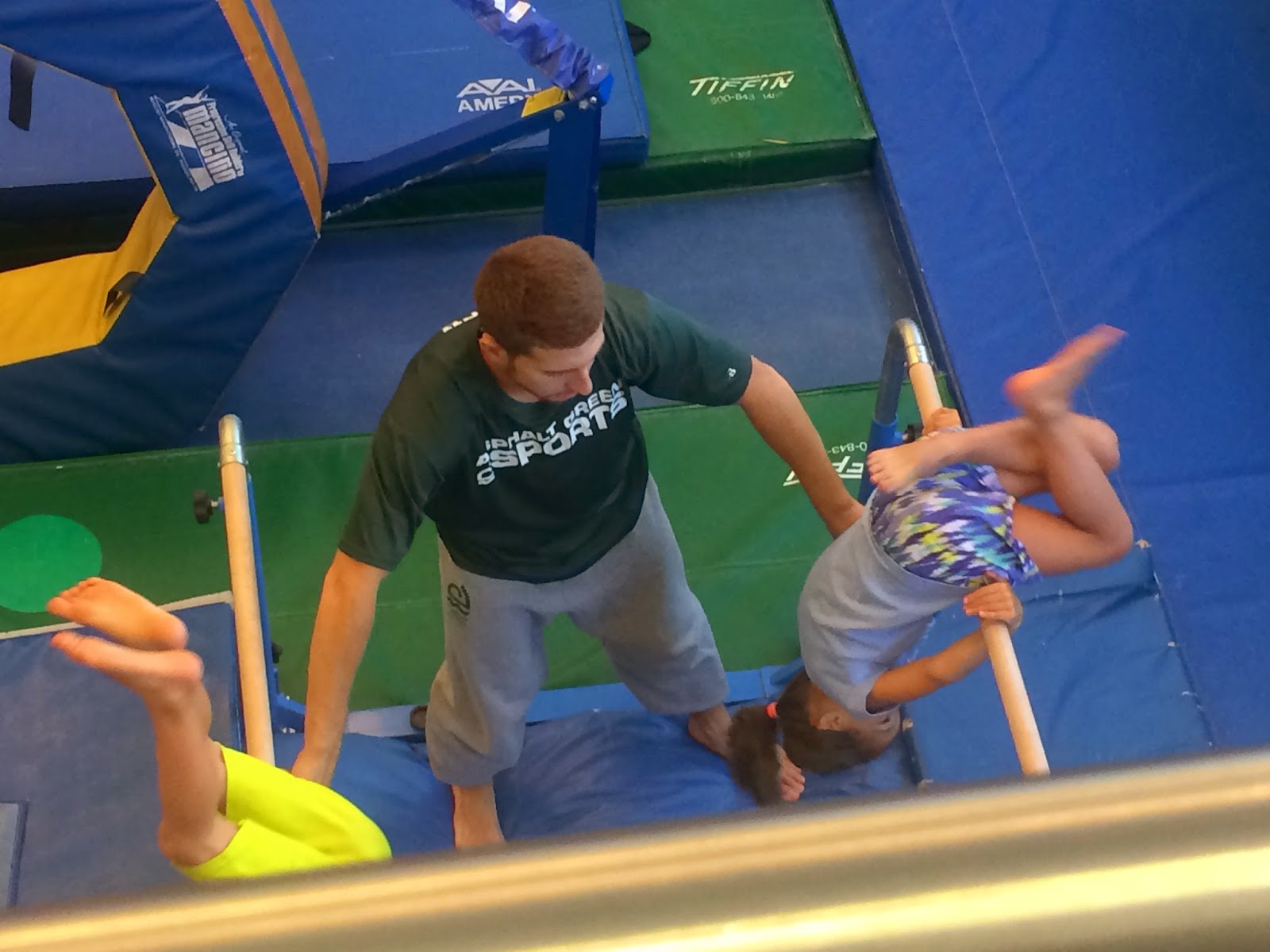 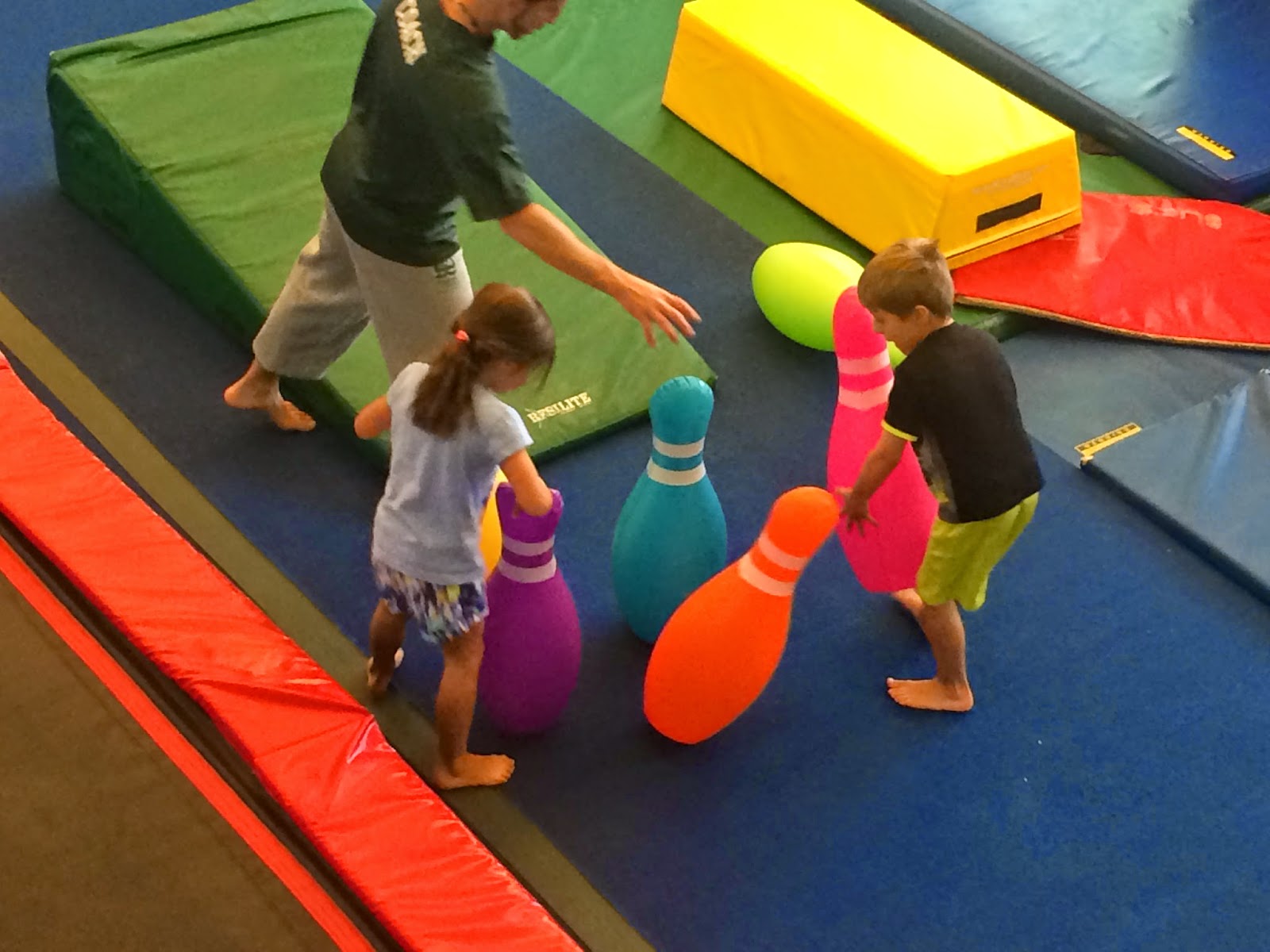 And finally, they played "giant bowling" where they were the ball.
I don't think this is an official gymnastics event but whoever came up
with this needs to start renting this out to parties. 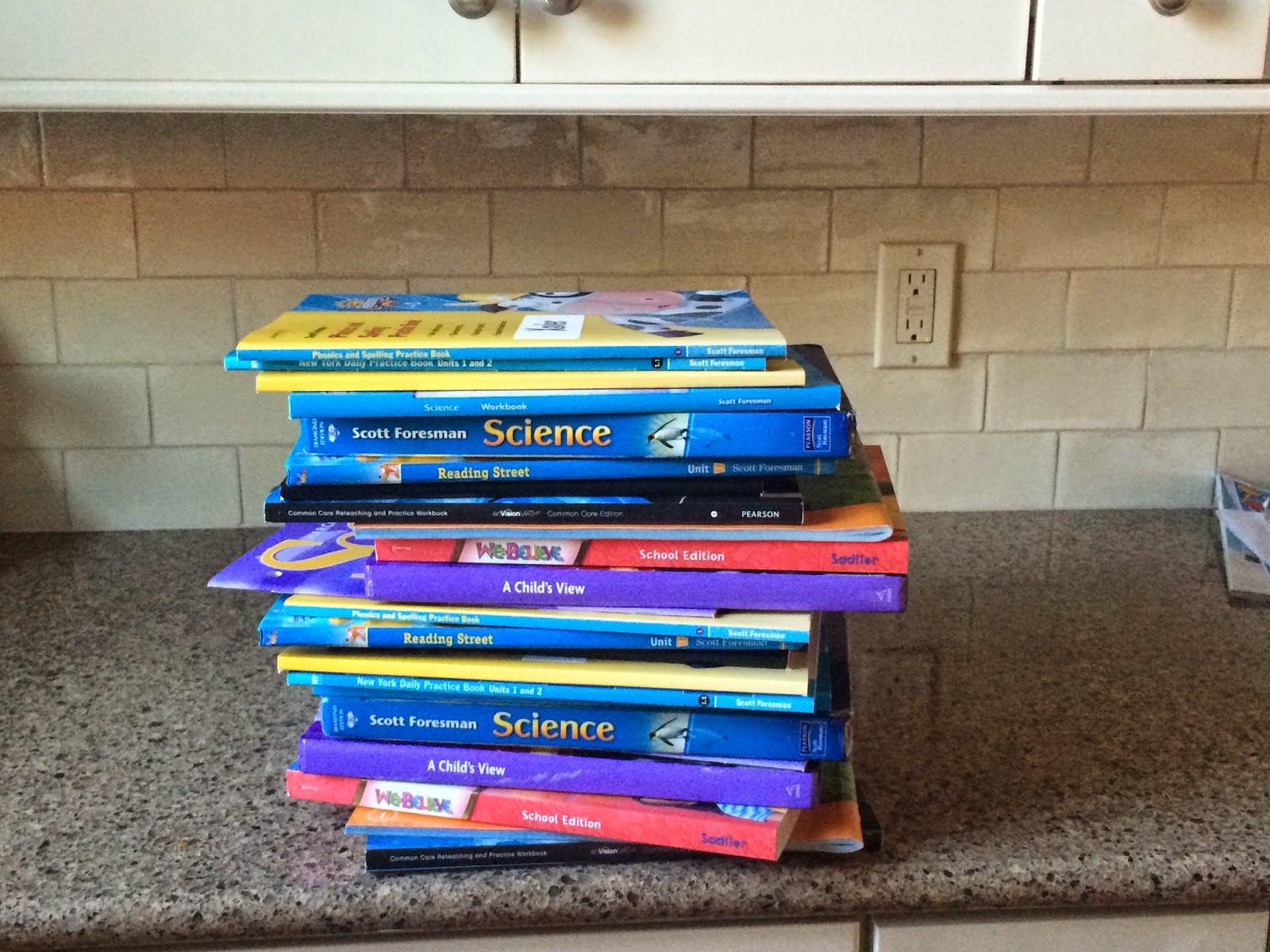 In other not interesting news. This is the how many books the twins
were sent home with for 1st grade. I stacked both their books together
so the picture would be more impressive. 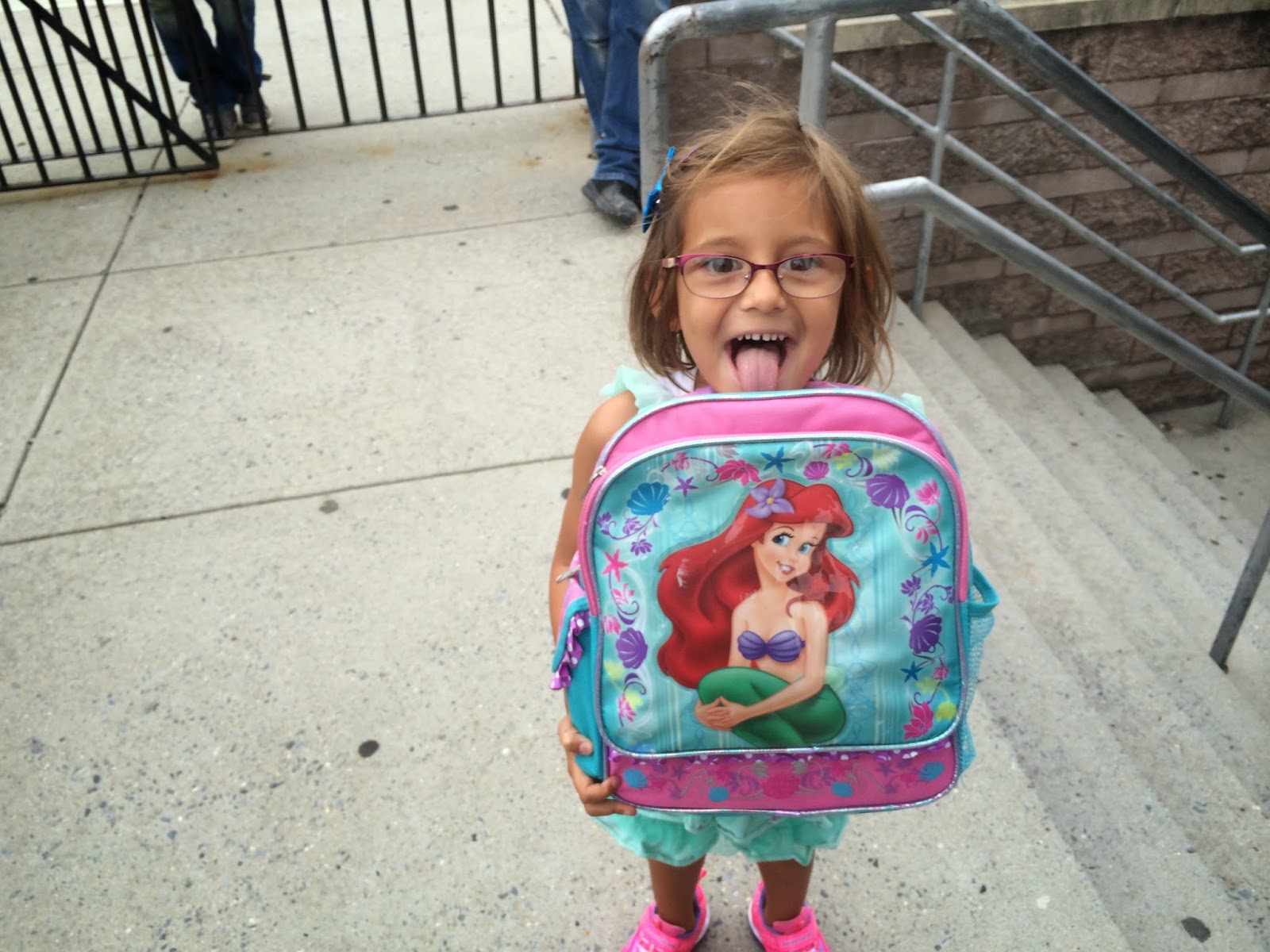