Everyone had birthday's now we're closer to dying

The twins turned seven years old some time in April. They had a party at school, a party at their Cocia's (polish aunt) , a party at our house and a party in their pants. Yes I'm five.

Each twin goes to a different school and has a different set of friends so we had a truck load of kids at our house.

I don't know any of the parents that well because we have a Nanny that picks up the kids at the end of the day.  It's been proven by popular science magazine that someone in this country illegally and paid in cash are qualified to raise the children of wealthy families. They are today's prostitute of childcare.

Before having everyone over to our house I removed any evidence that our kids do badly at anything and taped a bunch of crap on the walls that makes them look awesome.  "Hello parents of stupid children, please have a seat next to our wall of accomplishments. Look at all these "A" plus, plus, pluses!!....makes you wish you had that abortion, huh?" 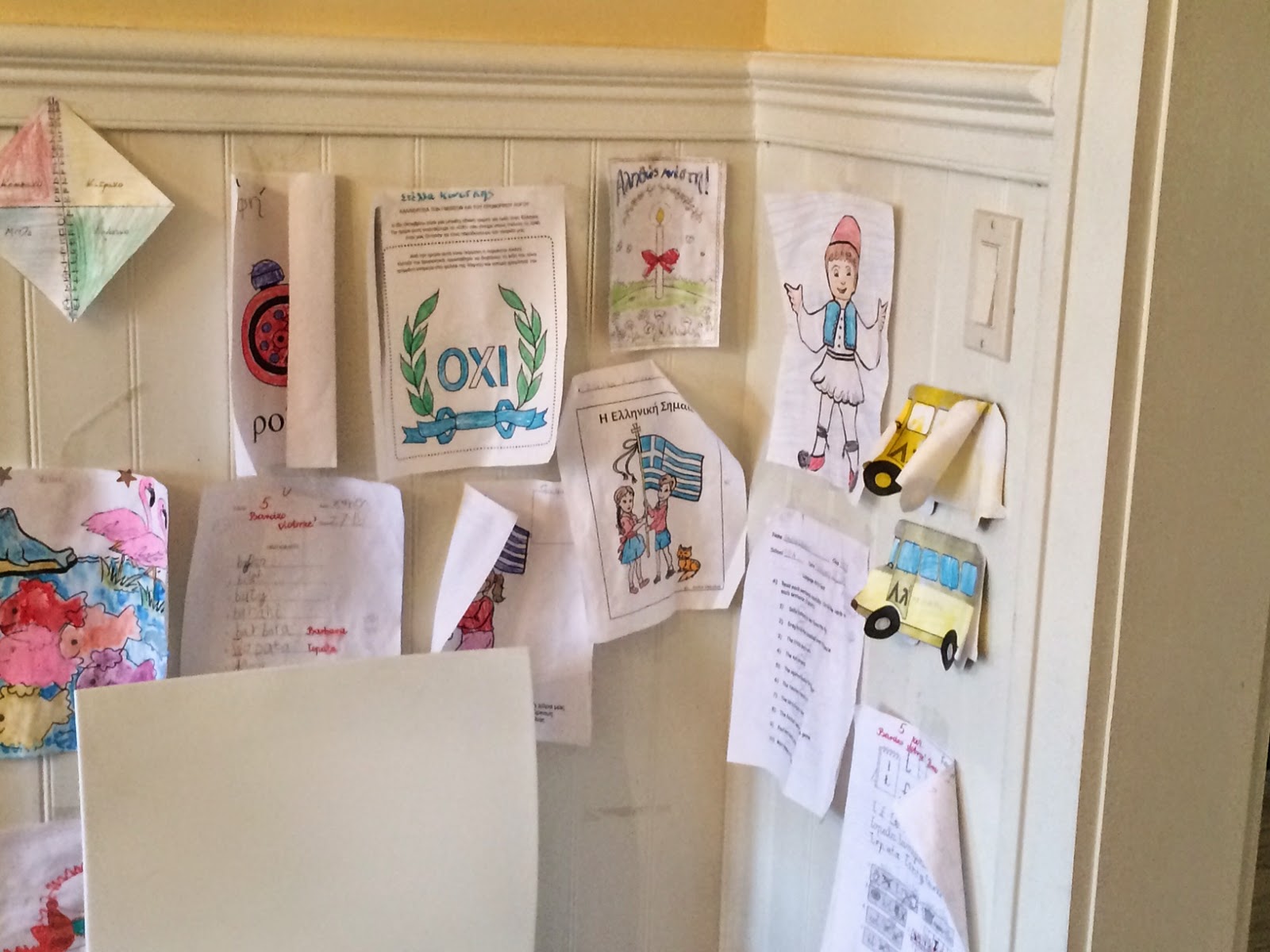 ﻿
The kid's stuff is only allowed on this dining room wall.
I'm not going to mess up the rest of our house in the middle of the street
with their "pictures" and their "art" and their "projects"...'cuz it's all pretty awful.
﻿

We've come to that age where parents have stopped dropping acid and started dropping kids off at parties and then coming back in a few hours later to get them. I'm ok with that. If you've ever been to a party for a kid it's a bunch of adults silently staring at each other like some Helen Keller tribute band. My favorite song is, "Touch My Hand to the Water then Sign It in My Hand".

But one of the drop offs was a little too casual.

The party started at 3pm and a few kids and parents had already arrived. About 3:15pm the doorbell rings and there's a 7 year old boy and another little boy who couldn't be more than 3. I assumed they were brothers because the older boy told me they were brothers. The dad sat in his car , waived at me, then drove off like I was his prom date who just lost her virginity.

Who drops their kid off at a party and doesn't even meet the parents?

The older boy turned out to be our son's friend and they went off and played but this little boy  was left wandering around the house. For Christ's sake he was even wearing a diaper!

The boy's are Pakistani and the little one didn't speak English. He was well behaved and didn't seem scared so I just kept handing him food and letting him meander around until I lost track of him. I'm such a cool parent. I think someone came to get him at some point. 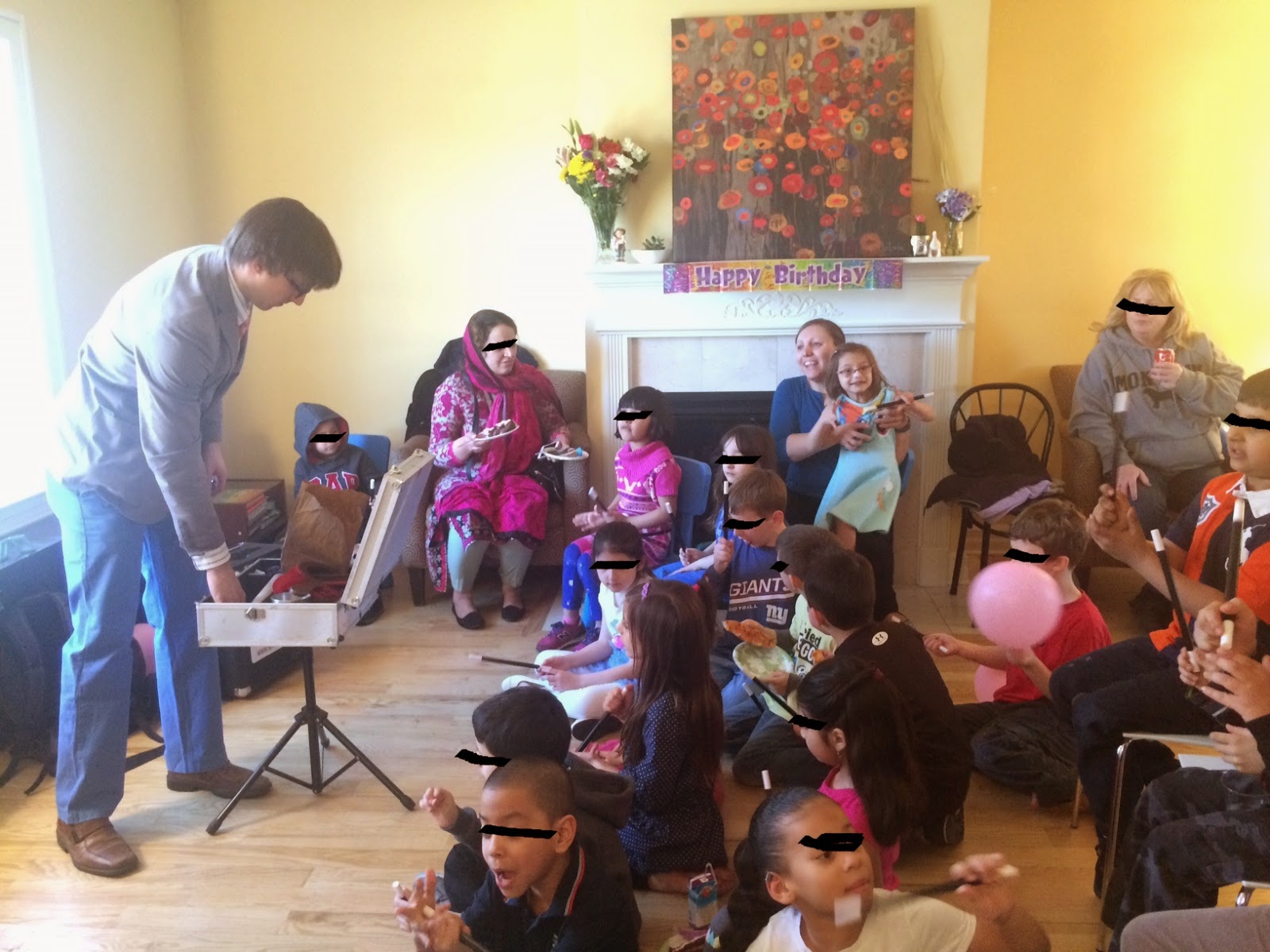 We had a magician for the party because we are such fucking awesome party throwers. He did all these magic tricks you could buy off the internet but the kid's loved him. I put black bars across all the kid's faces because I don't think it's allowed to put minors online. 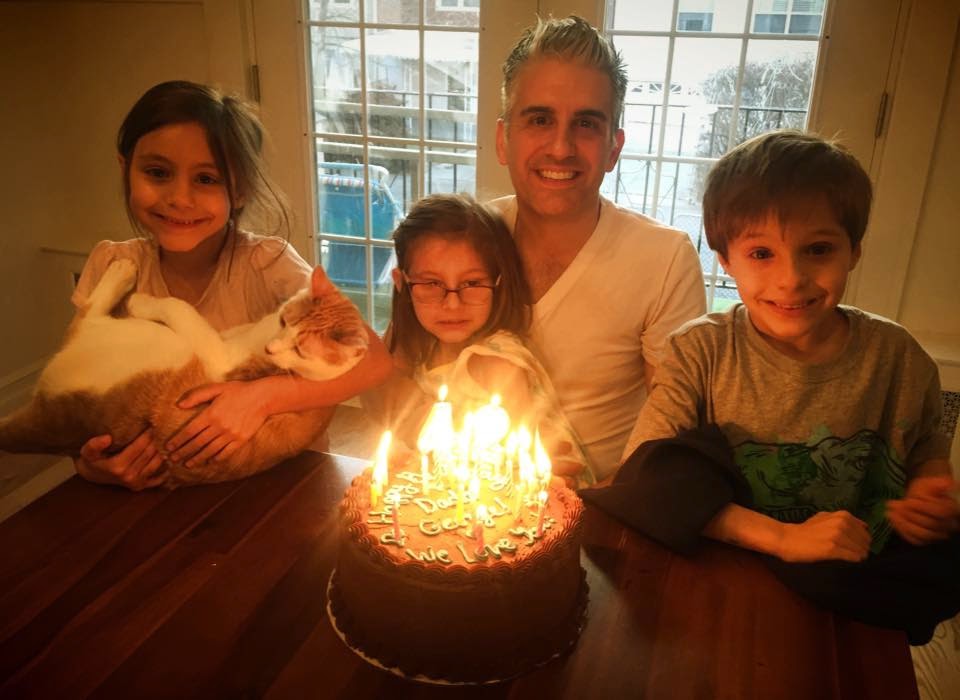 By the way, I turned 42 years old this past week. blah  I love how my face looks in candle light. 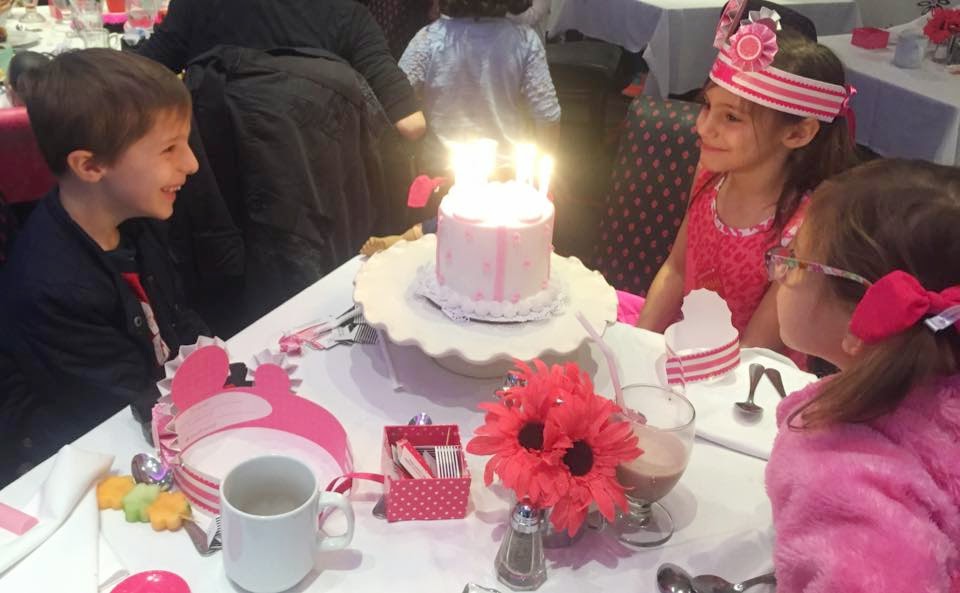 The twin's celebrated their actual birthday "day" at the American Girl store for tea time with over-priced dolls painted in different shades of brown to show they care about diversity.
"OMG, please come sit at our table of all white dolls and one brown doll with white doll hair. See, see, see we have a brown doll friend so now we're not racists she takes the bus home" 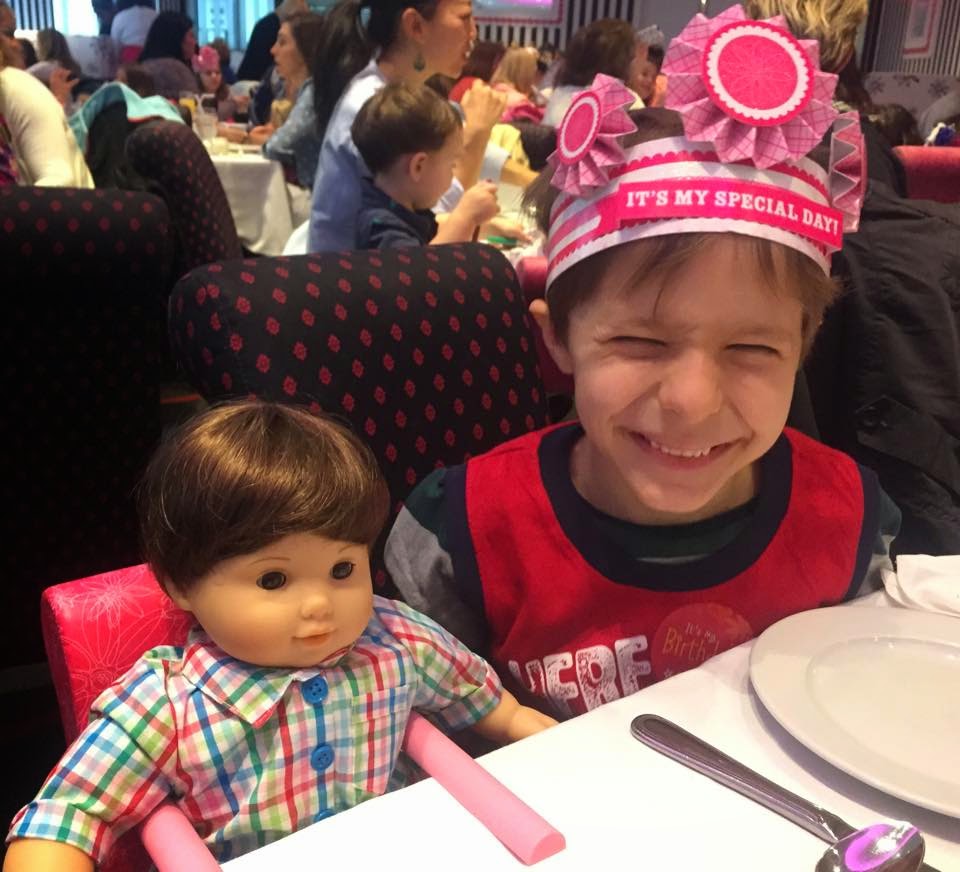 Look towards the back of this picture, it's an Asian woman. 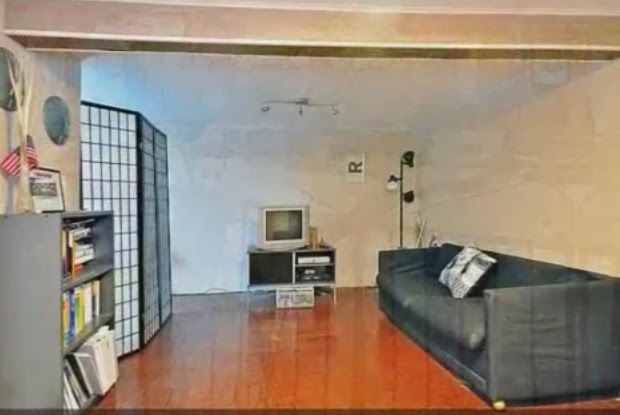 We finished remodeling our basement. This is what it looked like before. The family was not Chinese but they had a Chinese wall. I don't know why. They also apparently liked things to be ugly. 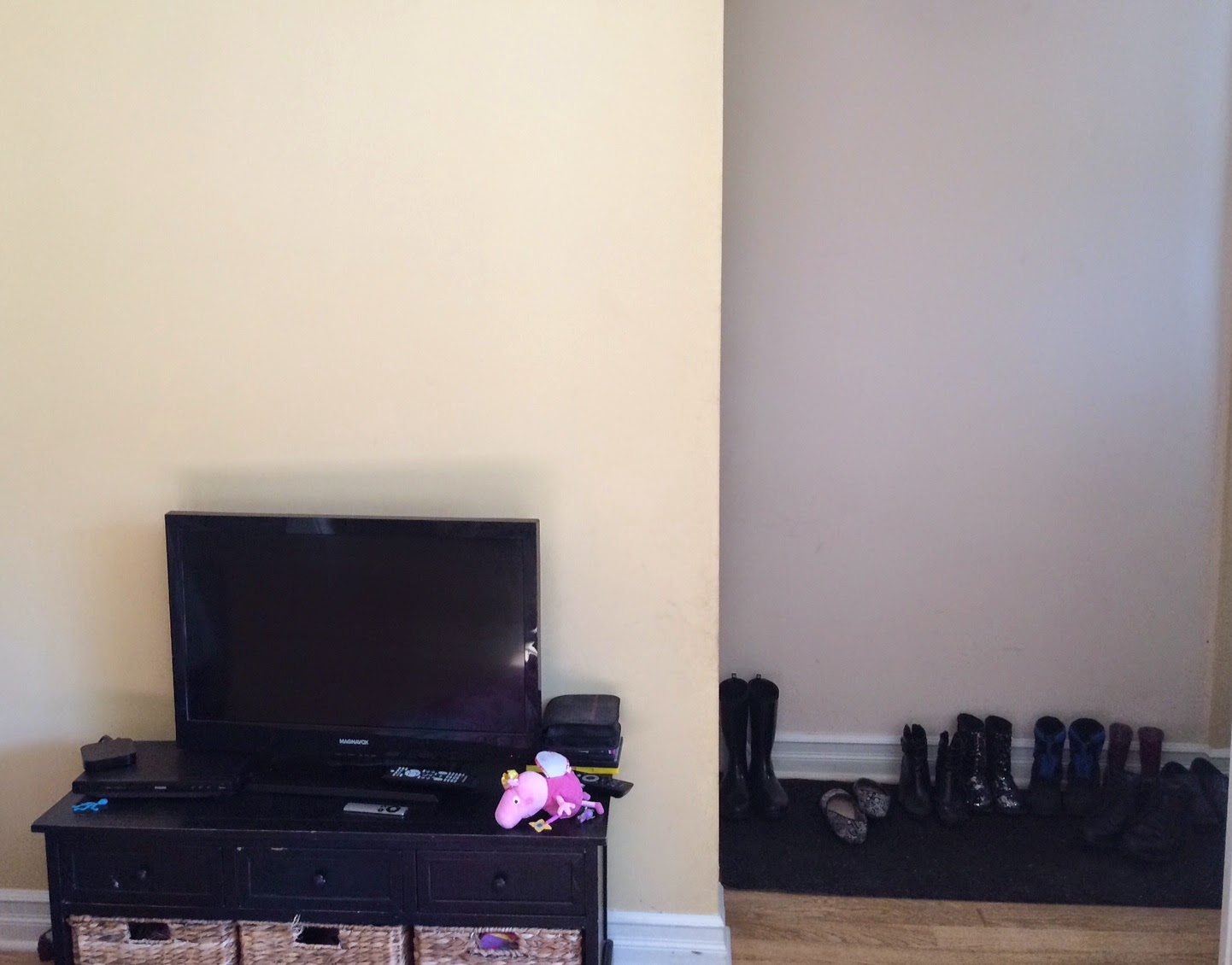 There was also a wall along the staircase. 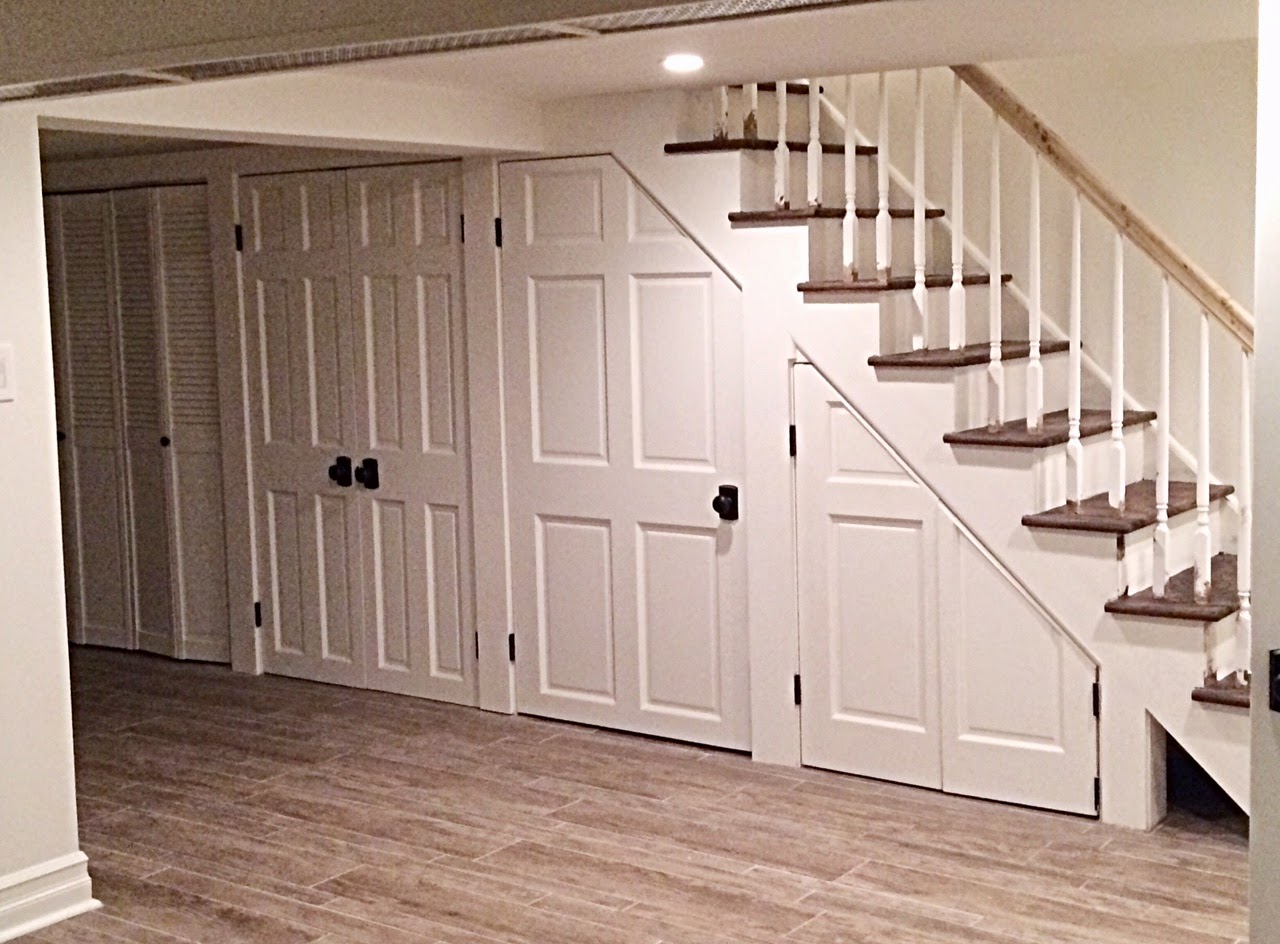 DUM DUM DUM!! No more wall and an open staircase.This is a poorly taken picture from my phone. I don't have a degree in picture taking.

Two things I think everyone needs to know. 1) These porcelain reclaimed wood look tiles we used on the basement floor look amazing (in person). It's called Briarwood and it's from TileShop.com. A computer prints a picture of wood onto the tile. Computers are awesome!! Can't wait for Avengers: Age of Ultron!!!! 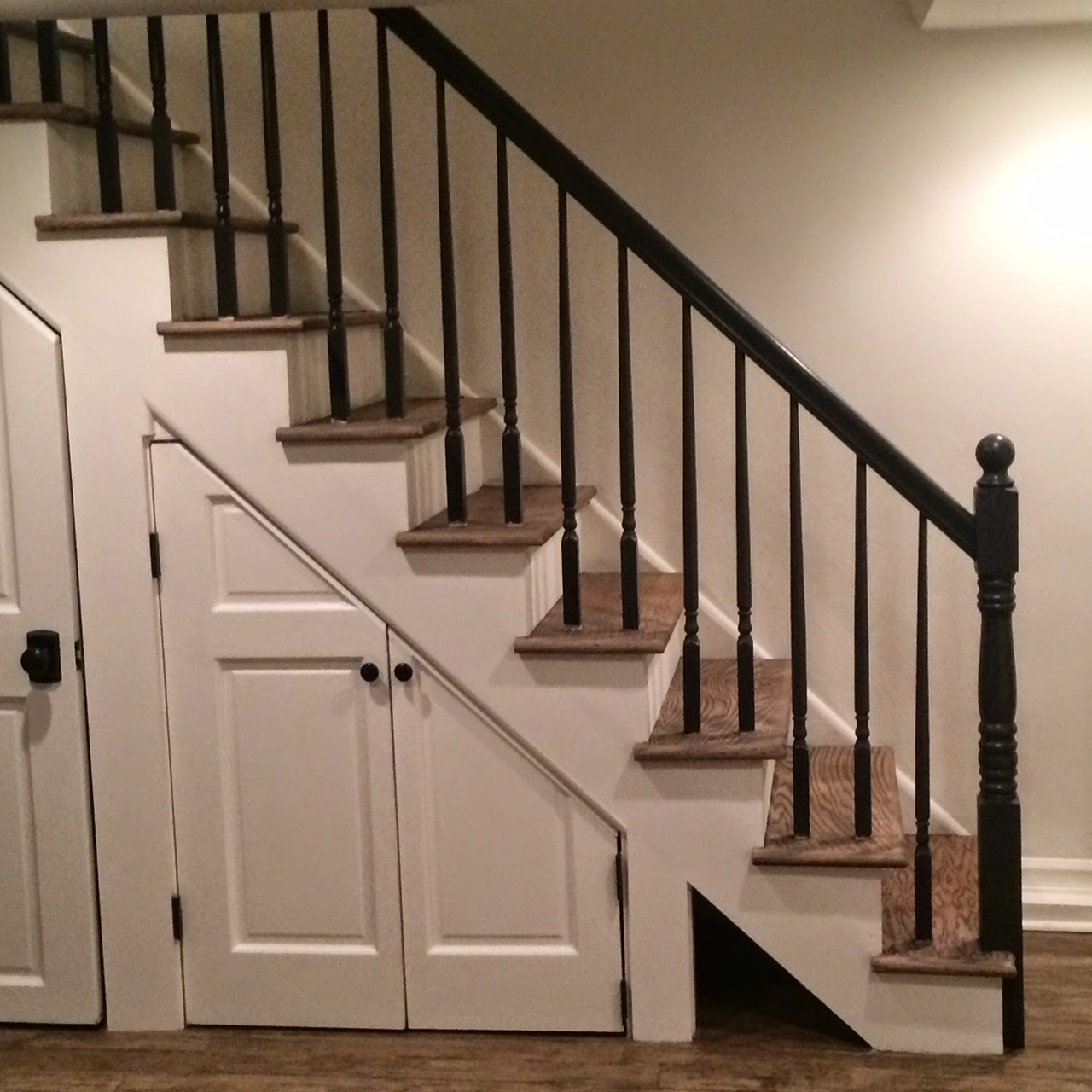 Secondly, I told the worker people to paint the railing black. I think black is better.

I didn't want to waste the space under the stairs so we had these six panel doors cut down to fit. The open triangle in the corner is for the cats. We keep their litter in there because I couldn't get them to use the toilet like that video online says you can.

I've always had this fantasy that if I was a rich eccentric I would have a bundle of midget servants. They would have rooms behind little doors like in this picture. When people would visit all these midgets would come running out to greet the guests. Just seeing peoples faces would be worth the exorbitant price tag to purchase so many midgets until I can get a breeding program setup.

Michelle Cooper said…
when we buy a house will you come and project manage our remodeling? for free if we take you to american girl doll place? but no drop-off parties yet. can't... process... the trauma...
April 16, 2015 at 3:07 PM

An Urban Story said…
God I wish I could buy some midget.