Decorating so that no one likes you

Since I have one of the most popular blogs based on some metric, I run the risk of writing about someone and then having them find out about it. And since it is in writing, I can't do what I did when I was younger.

Younger me would have denied ever talking about someone and then younger self would say something like, "I never said anything about you but I know who did but I can't tell you". Yes I was good.

My neighbors are the worst decorators; specifically the House Woman. I'm grateful for this because the jokes write themselves. If she wrote the jokes we would have a blank piece of paper because she is not funny.

No one knows what House Woman does. All the kids are out of high school and she basically hangs around the house all day looking for things to complain about.. Our dog pooed outside while the babysitter was watching the kids last week and she wasn't able to get to it "in time",

House Woman complained that she had to close all the windows and stay inside all day because of the smell. No, sorry... but no.  You would think she could relate to a dog.

She has a few projects (none of which involve getting a job) and all these projects manifest into something ugly; and I'm not talking about her hair, which is a contender for an award.  A bad award. Like, the Razzies for hair.

First,  we have the kid's playhouse that is used for storing garden supplies and/or snow salt. Home design success if you like crap. 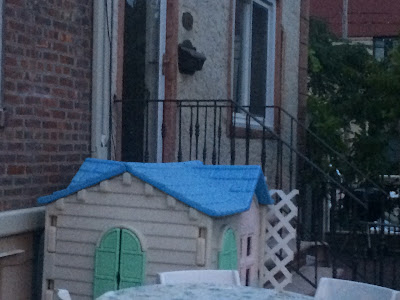 I mean like, people ...listen. At some point an idea popped into her head that was like "Well, I could put the gardening tools in the garbage ....but wait,why do that when I coooooouuuuuId buy a kid's playhouse and put it in the front yard??!? People will say I'm creative!!!" I'm pretty sure this was the internal dialogue.

Then we have the hedge hog statue with glowing eyes and the solar lights lining the stairs. 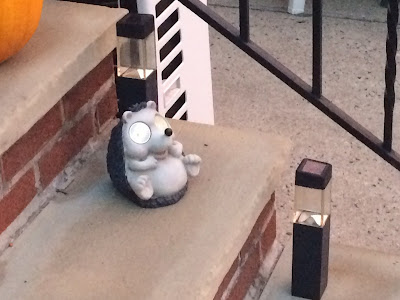 Is there a rule that you have buy all your stuff from Sky Mall Magazine.

Then there is the table. The table makes no sense at all. One day there was no table and then the next day there was a table. No one needed a table. 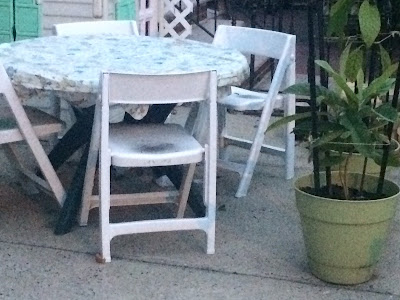 Then we have the solar roses. 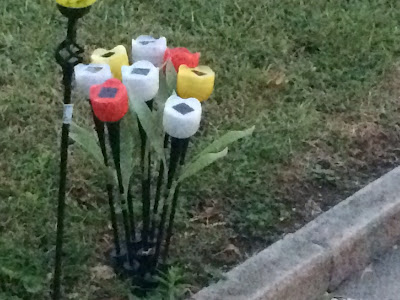 Again, what was the internal dialogue? "Um you know, while I sit here looking out the window because I don't have a job, I feel as though the lawn is a bit bare. Let me open my Sky Mall Catalog and get me some solar roses." FYI, at night they glow red, gold and white. Not like the colors of my dreams.

And the latest addition, solar balls on sticks. When the kids saw these, they wanted to know why don't we get some for our front lawn.

Well kids, if I wanted something retarded on the front lawn I would have had a baby with a first cousin. 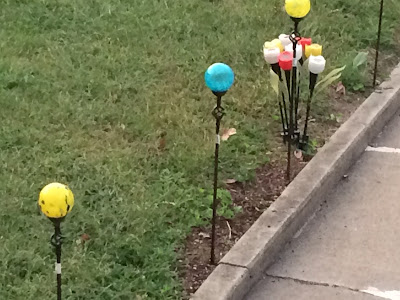 Things don't look half bad when the sun goes down. I mean , if this was me I would have put 500 of those glowing balls on the front yard.

I do love myself some big balls on a stick. 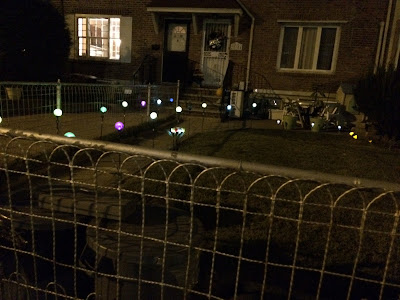