November 05, 2015
I hope everyone had a fun weekend stuffing razor blades into candy.

Paul Simon has been taking up a lot of our time. Oh dear me, another day, another call from Paul Simon of Saturday Night Live and Simon and Garfunkel fame.

Let me tell you how it all went down town Abbey.

So Paul Simon's PR people contacted the hospital where Anna works and inquired about having a psychiatrist talk to Paul Simon about a song he is working on. Anna was on the ER shift so she was pulled in. They talked for a while and she gave him a tour. Afterwards he wanted her cell number and email. Then he called over the weekend and they talked and talked. "Oh Paul, you are so silly", ##makes 1980's gay hand motion## Then he emailed Anna a bunch of times.

It's like I've finally graduated into a level of fame that I've always been destined for.

Anna ran the NYC marathon. There are no segues in this blog, FYI. The best marathon in the world!! I packed the kids into the car and we first saw her while she passed through queens. The kids made flags to waive but mostly hit each other with them. Should have seen that coming, 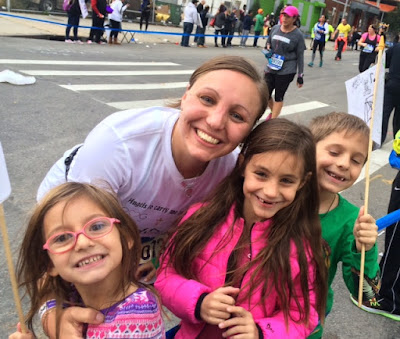 We drove into Manhattan about 3:30pm to see her at the finish line. On the way there a NYC tour bus moved into my lane and his back bumper clipped my car and pulled the fender off a little, The bus also scratched my passenger side mirror. I loved that mirror.

The bus driver kept going another block while I honked and flashed my lights.

I'm sure the tour monologue on the bus was like "And to my left I just hit a car. But in NYC we don't stop. And over here to my right, I did a shit load of cocaine. Hell yeah you German bitches". 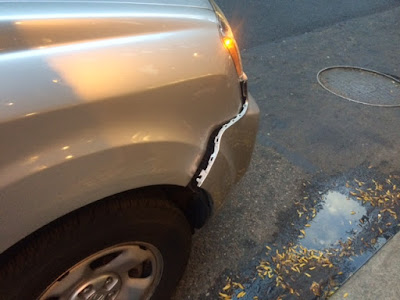 When the bus got stuck in traffic I put on my hazards and was all  like, "kids, I'll be right back". I ran out of the car and up to his window and pounded on it and was like "You hit my car". First he ignored me. Then he yelled "Where, I didn't hit anyone".

I'm not here to win an argument. I'm here to get paid. It's my way 'till pay day.

So he pulled over in front of the NBC studio and I called the police. He had to unload all his tourists onto the street. Those poor people will never go to school, never fall in love , never get to be cool.

I took a bunch of pictures. After 10 minutes he decided to exit his bus to look at the damage. He saw the fender and was still convinced it was not him. Then he tells me it is not damaged and tries  to push the fender back in. I'm like "You can take pictures but you can't touch"....basically the exact opposite of what I would say during college.

The police came and wrote up the report...blah blah blah. I win. 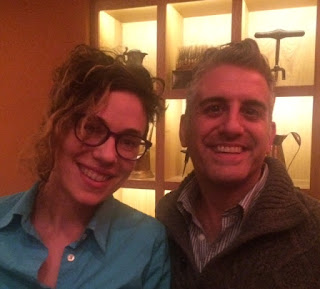 Anna's former hospital had a dinner for schizophrenia injections where I met (per Anna) my biggest fan Michelle. Michelle is a nurse and injects patients using a needle. Contact me for more details. 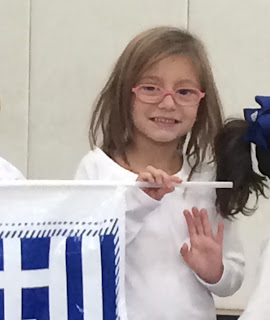 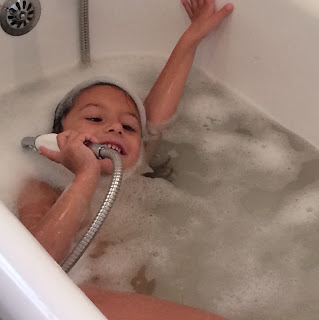