Before you DIE, you must read this! Our balcony is now a deck or just a bigger balcony

We had some people put up a deck for us out back.  We got it up quickly and up to code because we wanted it done.

Some people have illegally extended their houses all the way to the property line and rent it out to like 10 families from China. I kid you not. So this was pretty minor.

The city has really started to clamp down on this stuff lately though. I'm not 100% sure why but that won't stop me from blaming it on somone. It's white people.

We had a balcony already so the plan was to quickly increase the size of the deck by maybe 5 feet deeper and 3 feet wider. That would give us enough space to put out furniture and enjoy the fresh air from the alley. 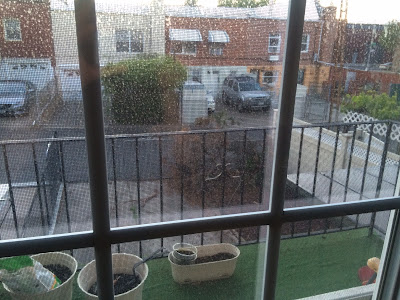 This is what our balcony looked like before. It even came with
astro-turf. A Brazilian lesbian couple lives across the alley if you are wondering.

Some random guy from the internet got the deck up in about a week. We ended up making the decking using Home Depot Veranda composite in Brazilian cherry. 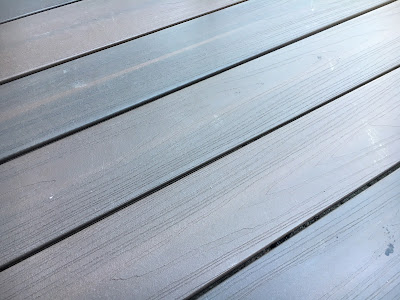 Composite Brazilian Cherry. I have no idea if it's really from
Brazil where babies have small heads from the Zika virus.

I needed material I could buy off the shelf because otherwise I would have to plan better and order the material. I absolutely DID NOT want an ugly, cracking wood deck. I did not want to have to redo the stain every year or whatever.
Ever since I could crawl I've always said, "i never want a pressure treated wood deck". It's that green deck wood that is just green.

People stain it and it looks good for about a minute. Then it looks like crap and everyone dies from splinters. 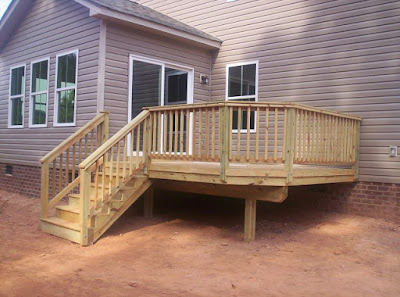 The picture is from the internet.
Argh, a pressure treated deck. If your anything like me,
this makes you want to squeeze kittens until their eyes pop out.

The deck went up in about 1.5 weeks and I was monitoring the department of building complaints online.  Guess what in the butt? Someone reported us in the very first hour of construction. THEN, we were reported every two days for three weeks.

Then it just stopped about 2 weeks ago. So far, no inspector has come out. Since the work is done, I'm hoping they come out and dismiss it. I was really freaking out.
If things go south, we have this great Jewish guy that says he makes this stuff "go away". I have no idea how. You pay him money then somehow it gets resolved.

I don't asked questions since it might be illegal. Or, it's legal and someone gets bribed. I have no idea. Either way someone dies. 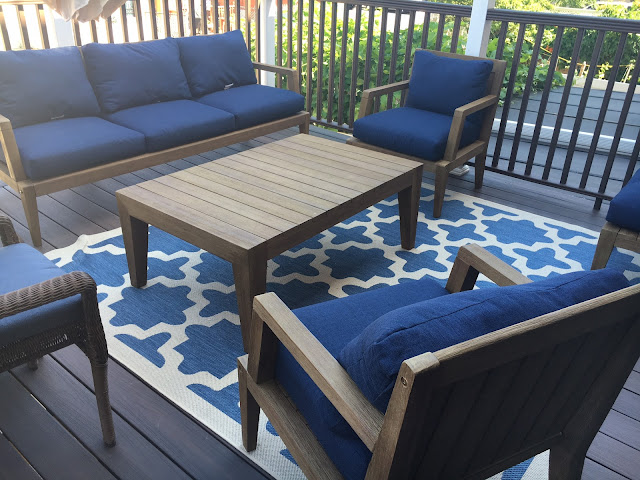 This is our finished big balcony.
Our family can finally be happy because we
have a new deck.

I didn't want a railing that was all one color because we are not a racist family. So I got white posts with brown spindles. I think it looks good 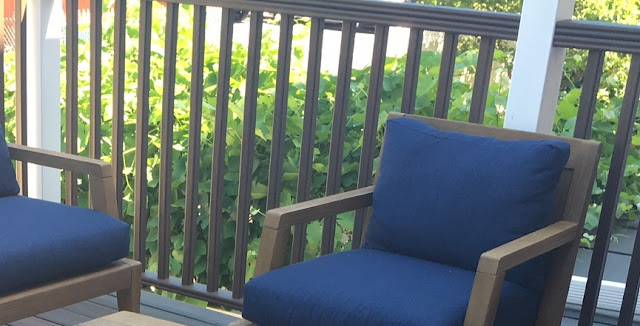 I should be a designer because I'm really good at looking at pictures online and then paying people to make stuff that looks like the picture.

A little aside. I wanted this project to fly under the radar. We're like the neighborhood pariah. The kids are too loud, our lawn is a mess...blah blah. So I thought I would hear more complaining about the deck.

But that didn't happen at all (except for the person that reported us 10 times).

All these random people kept coming up to me and were all "Your house looks great!". "Who built that for you, can I have their number?" , "Wow that is amazing"

One last thing if you do a deck. You need to wrap the edge (the fascia) in white PVC. It's the only way to make it look finished. This is not our deck. I don't feel like going outside to take a picture. The part I'm talking about is circled in red. 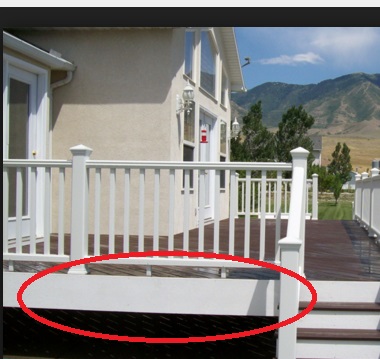 Here's an example of a correct white fascia from the internet.
For the love of all things holy put a white fascia
on your damn deck


I'm so glad it's not the 1980's anymore when everyone built a ridiculous multi-level deck.

The bigger the better!! 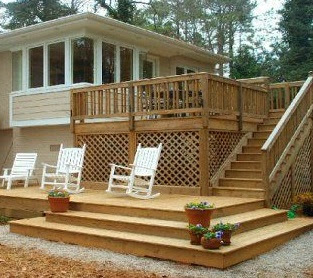 Put down the saw. This deck has gone far enough.
I don't know who's house this is but it sucks!