When it's time to make the Nanny disappear


I really wish our nanny would die of SIDS.

Ok, that is a little harsh. I wish she would get abducted and sent to another country where she'd be killed. This would keep me from having an uncomfortable conversation I don't want to have.
Just to clarify why we have a nanny. 1) We have jobs, 2) Someone needs to raise the children 3) I don't have a third.
We switched to our current nanny after our last wonderful nanny wanted to move closer to her fiance and/or try not to get deported.
Our current nanny has a drivers license that seems legal so that helps a lot.
She can take the kids to dance, piano lessons etc. All the things middle class people do because we are no longer worried about eating.
After that, she's basically horrible. Besides making sure the kids stay alive, her responsibilities include 1) doing the laundry and 2) straighten up around the house.

When I say, "straighten up" I mean, if cheerios fall on the floor, then vacuum them up. In two years she has literally never touched the vacuum. I'm not sure she remembers where it is. I'm not sure she remembers the kid's names.
Every Monday I have to text her that the laundry is in the dryer. We put the laundry in the night before and switch it to the dryer in the morning.

If I don't tell her every single Monday we would have a pile of laundry so big it would kill a family of Australian midgets. Why are they from Australia? Because midgets love Australia. 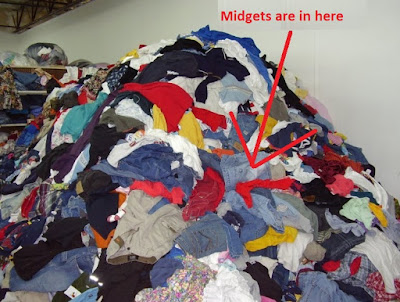 When she folds the laundry. it's folded in sequential order. Meaning, whatever order the stuff comes out of the dryer is the order it gets folded and stacked.

So with 5 people its like "girls pants on top of boy pants on top of one of my shirts on top of three of Anna's dresses". You can't grab a stack of clothes and put it away because you have to sift through all the clothes to get the one for the correct person..
I know Aleppo has a dying problem right now ...so this is a stupid first world problem problem but I'm too deep into this post to go back now.
Usually, during the summer and when school is off, the kids are eating breakfast before Nanncam. arrives. When I get home from work 9 hours later any dish, plate or food that was on the table before she arrived will still be in the same spot. I'll tell her to make the kids put their dishes away. Yet, it never happens.
Sometimes she'll be out with the kids and I'll come home to a complete chaos of a house. They'll be dishes everywhere, a shoe will be on the kitchen counter, a coat under the sofa the matching shoe in a bedroom, and random food crumbs all over the floor. 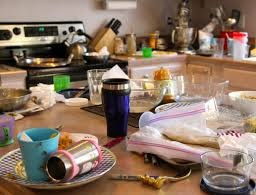 This is not our home but this is what it looks like in my mind.
I HATE CLUTTER. So one mug left on the table drives be NUTS.
I'm not crazy. Messy people are crazy.

It's so irritating because I don't want to come home and spend 20 minutes cleaning up. The kids are suppose to clean up after themselves and I make them do it when I an home.... WTF.
We do tell her to clean up, by the way, but something is not getting through. We can't start using beatings because she's on a student visa.
We're going to have to replace her over the summer. I don't feel like firing her and dealing with that conversation.

I think it would be better to change the locks and just send a text that's like "Do you know how our president used to be a reality show star and now he's the president? Do you know how on his show he says,  'You're Fired'. Well, pretend like he's saying that to you."

Here are some kid pics so I don't forget about them. 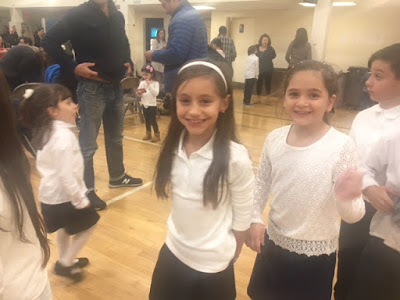 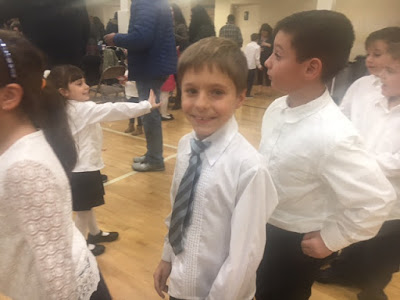 Greek OXI Day. Getting ready to sing out of tune. 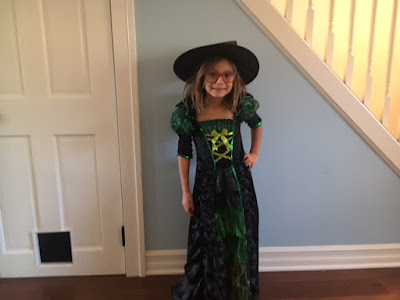 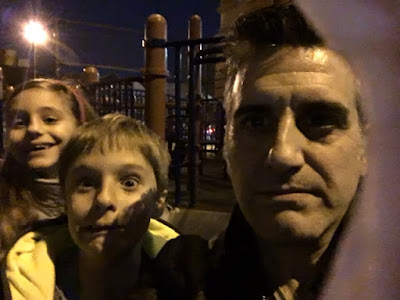 Right after voting. Also the night before neo Nazi's came out of the wood work. 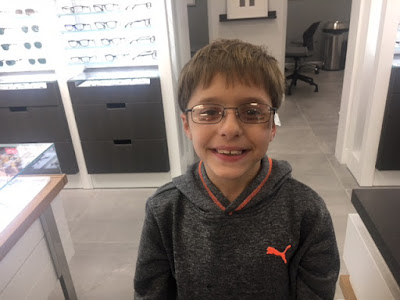 Someone is getting glasses because he inherited my eyes. 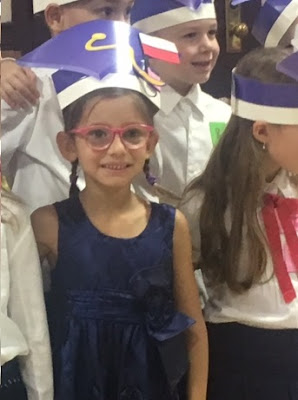 Polish school "growing up" ceremony.
Yes, we pledge allegiances to many countries in this family.
I'm sure we are on some sort of watch list.