Obligatory 2017 holiday photo...yes I said "holiday" because I want a war on CHRISTMAS bitches!

This "photographer" takes pretty cheap pictures in her "studio" which is basically a room under someone's house. She's pretty bad. I don't think we'll use her again unless "use" means beat her senseless.

The entire time I had an issue with me kneeling. I think it looks so stupid. She also had a little sign in the corner that lit up that said our last name. I'm like, "no. NO. NO!! No,you white whore".

She had all the kids sit on an old fashion wood sleigh which was also the dumbest thing ever.  For Pete's sake it was so small they looked like they were on a toy. 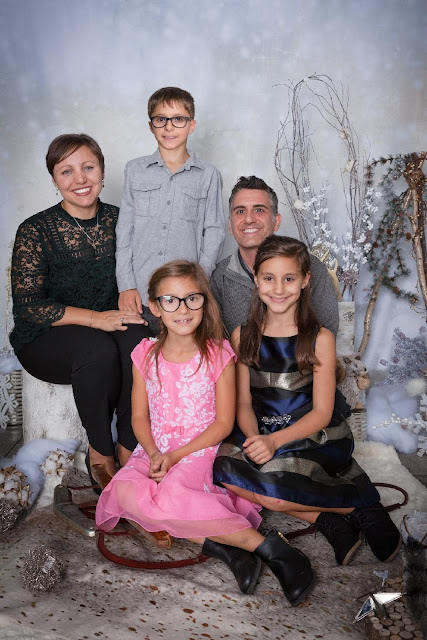 At least I came out ok.