Mackinac Island is dumb and boring

Here is an update on my life.

Anna was speaking at a conference Mackinac Island.  The last 'c' in the name is silent for reasons I do not know. 'C' is not silent in the word 'cunt' and if you whisper it too loud the substitute teacher in 10th grade will still hear you hypothetically.

This is an island off the Northern penis tip of Michigan. There will never, ever, be a reason for me to go to this location again so we decided to see what this was about.

We had to fly to Grand Rapids, MI, rent a car and drive 4 hours to a ferry.  All the women had fake tans and white pants on. What is the deal with people in the Mid-West and the tanning. IT LOOKS SO STUPID.

The island does not allow cars (which is great) but everything is delivered (garbage and packages) by horse drawn carriages. That is so stupid people. Horses pulling things around some dumb, boring , overpriced island is so dumb.

The entire island is just a bunch of fudge shops and people getting dumped on the street from the ferry to go to their fancy "date night" crap.  I was so bored I almost tried crack for the first time since last week.

When we were in Mexico, I took a cooking class because I was tired of being around the kids, and these people in my class were from Michigan. They told me I'd, "love this island". I DID NOT LOVE THIS ISLAND. I wish I got their contact info so I could complain to them.

I seriously have not been more bored since taking "finite automaton" in college and I still have no idea what that class was.   We stay at this place that apparently is a big deal "The Grand Hotel". It was not a big deal.

The hotel (pictured above) looks great from the outside.
But I'd take better food and less faker-y. I can .01% guarantee that child labor is used here.

In this hotel I was surrounded by adults pretending to be rich for the weekend because it makes them feel better. I pretended to speak French bread because that's what rich people do.

The hotel had a harp player each night. Do you know what? After one hour of harp music I'm good for a few years. 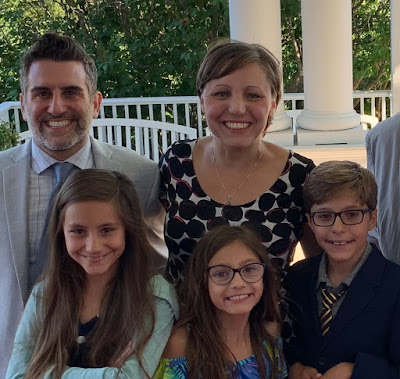 We all look amazing so that's a plus 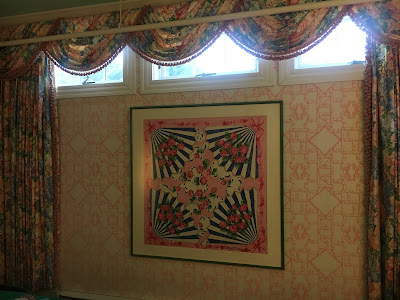 Our room did not have a big window but instead, this lovely picture from someplace that sells crap art. 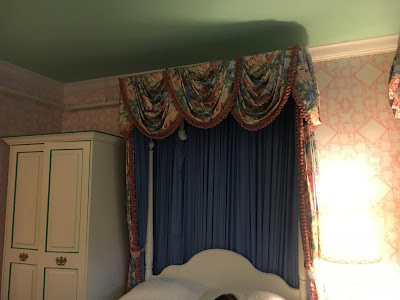 The rooms were decorate like a 1980's JcPenny catalog.
The hotel describes themselves as "Victorian". This is not Victorian! 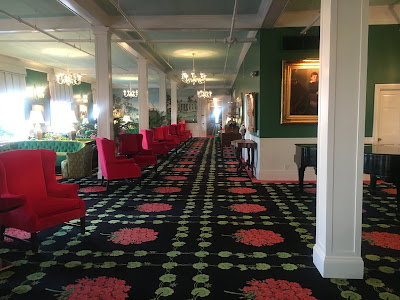 They do get points for not being a boring grey hotel.
I wrote Red Rum on all the mirrors in the bathroom.