Our House in the Middle of Our Street

The kids turn a year old in about a week and they are very excited.

Anna’s mom got them a big playhouse for their birthday and it arrived last week. I got tired of looking at a big box in the living room so I put the thing together so I could look at a big plastic house instead. It’s hard to hide a big plastic house so it was inevitable they’d be getting this gift early.

I used my new drill for the project and let me say, for the first time since the operation I felt like a real man. ..or woman? I can’t remember what I’m talking about. Maybe I’m thinking of this documentary I saw about Thai boys. Forget it…either way, I drilled something.

I finished putting the house together while the kids were napping. It’s beautiful. There’s a doorbell (which I still need to get AAA batteries for), and range (it doesn’t work), a sink (it doesn’t work) four windows and a door. There is no toilet, dishwasher, refrigerator, oven or central air.

Xavier woke from his nap. It didn’t take him long to figure out the plastic thing decorated with primary colors, looking completely ridiculous was a new toy.

Anna showed him the little sitting area inside and put him on the seat. Now, he tries to push himself onto one of the “chairs” each time he goes into the house. His feet don’t quite touch the ground so he has a hard time positioning himself. Just like dad.

Stella woke up about an hour later because she sleeps like a pill popping stay at home mom. She noticed the house, crawled inside and immediately took the fake phone off the hook. Xavier didn’t even notice the phone.

Stella called all her friends to tell them about her new house so they’d be jealous because that is what girls do! Didn’t you know that?

Xavier eventually noticed the phone since his sister was talking on it all the time. To keep them from fighting we had to put the other toy phone in the house. Yes, there is something wrong with us. 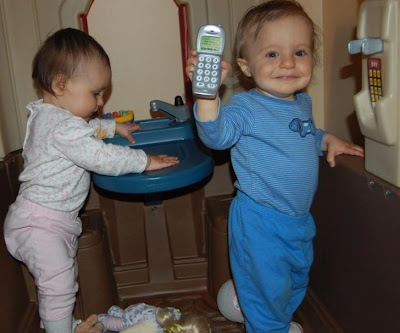 Xavier has the house phone! You can see the other "cell" phone on the sink by Stella. 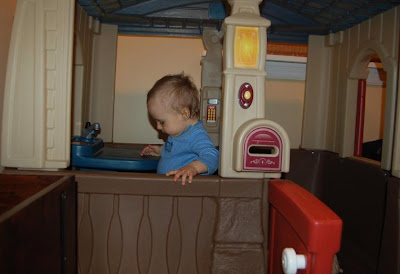 This is the view through the front window of the house. 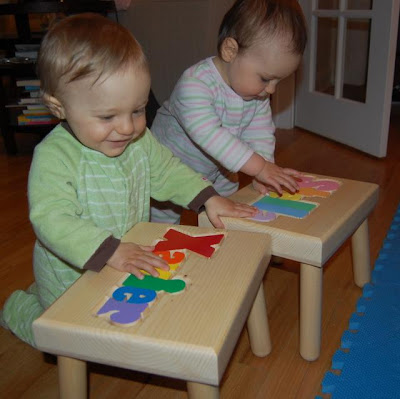 Auntie Rachel, Xavier's godmother, gave the kids these stools for their birthday. They have no idea what they are but they love them. 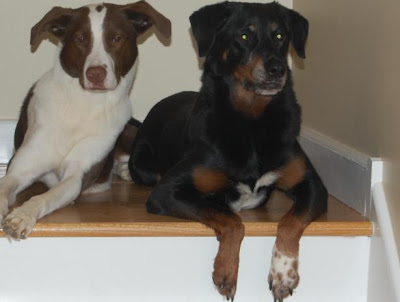 Roxie and Bella. They like to watch the kids from the top of the stairs. 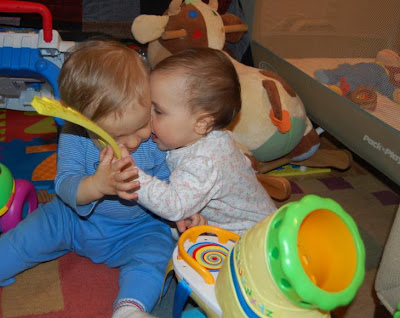 Stella kissing Xavier. Most of the time one of them ends up biting the other and someone starts crying. 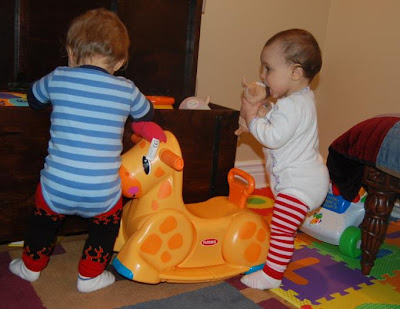 Oh boy. Anna decided the kids needed leg warmers. Notice that Xavier's leg warmers have flames. I really don't think this look is working for them. 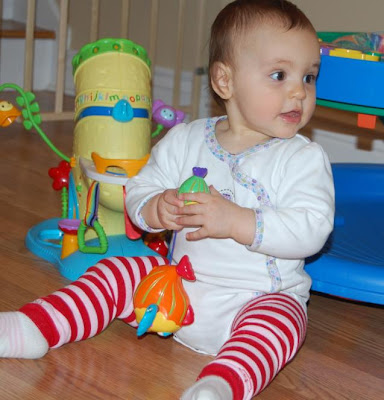 I'm a candy cane, albeit a cute one. 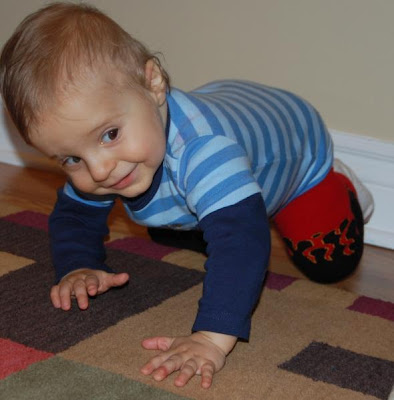 Xavier did love his tights. Apparently, per that look on his face, he is ready to get into trouble. 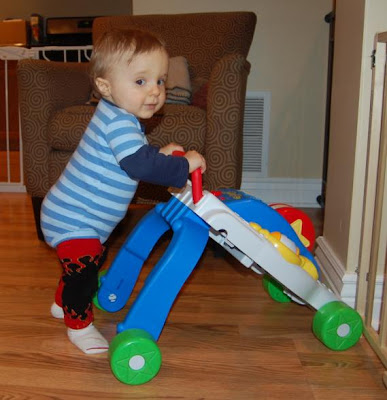 You need to post more or your blog will be deleted by the blog police! I know the sarg!

auntie D said…
ok, seriously, they are the cutest minature people ever!!!
LOVE all the pics - thanks for posting them! 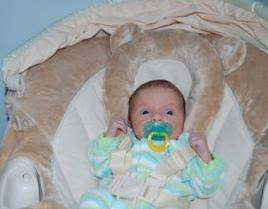 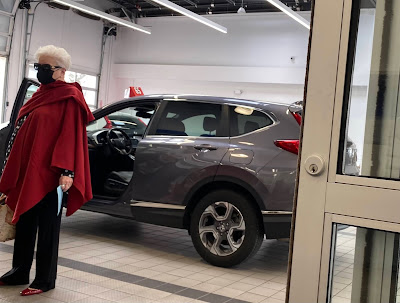 My car problems are like all the people dying from covid