This past weekend we had so much to do, just like the president of the United States.

May 12, 2009
On Saturday Aunt Duda was in town to help watch the kids while our dear friends PK and Colleen got married. The wedding was sweet. It was in a Catholic Church even though the couple lived together and had sex.

During the reception we were seated next to a really drunk woman. She was with her third husband who was very old and could have died at any minute.

We’ll call her Ginger because that is her name. I tried to have a conversation with Ginger but she kept looking right passed me so I gave up. Finally our friend sitting to the left of Anna introduced herself to Ginger, who was sitting to my right. Anna followed and introduced herself.

Ginger then looked back at our friend and said, “I don’t think we met. I’m Ginger.” Our friend looked at Anna, “Didn’t I just introduce myself to her?” No one said anything. But said friend was loud.

Ginger then leaned over, whispered something to her husband, held tightly onto his old arm, and without a word they both stood up and walked out. We never saw them again. I think she got lost at sea.

Then, a 20 something woman sitting across from us started dancing on the stage while the band played and her boob fell out! This wedding was awesome!

Sunday was mother’s day. Anna deserved mother’s day like no other; unlike some mothers that leave their kids at bus stations.

We got the kids up around 7:30am and headed out to Mother’s Day breakfast at Latitude.

It took about a minute upon sitting down for Xavier to decide he didn’t want to be in his high chair anymore. We let him run around the restaurant and annoy other people until he stuck his hands in the flower pot. Then I tried to give him away as a tip but the server said that was illegal.

Ok, I’m tired of writing and tired of you so here are some pictures bitches with captions to round out the weekend update.

After Mother’s day breakfast we headed over to the Buddhist temple to get the kids blessed. Each year during the Buddha’s Birthday Celebration there is a children’s blessing. Since we had too much to fit in, in one day we decided to skip the morning nap for the first time ever. 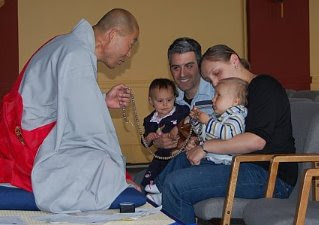 Things were going peachy until it was Xavier’s turn to get blessed. He threw a mini-tantrum, grabbed Sunim’s (the priests) meditation beads and broke the end off. He’ll be reborn as a rock. 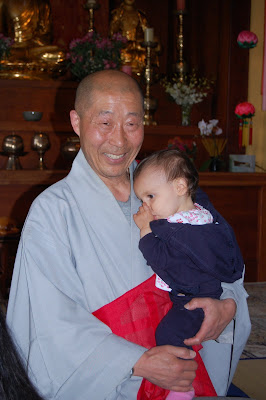 Stella was charming. She winked at Sunim and held out her arms so he could pick her up. Stella didn’t want to come back to us. I think she was mad that we skipped her nap. 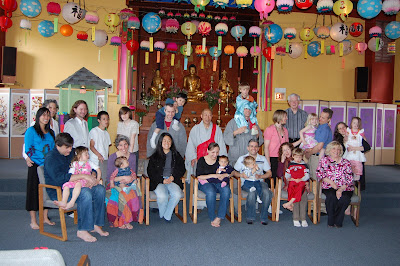 ...out of control kids, parents and grandparents, keeping it real. 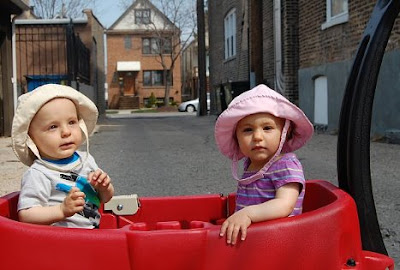 Anna said they have to wear these hats to prevent sunburn. That is the stupidest thing ever said in the world. The sun is in space with the Enterprise. 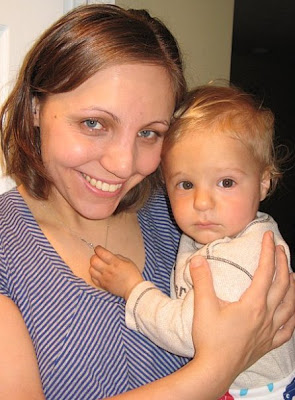 Mommy and the baby monster. 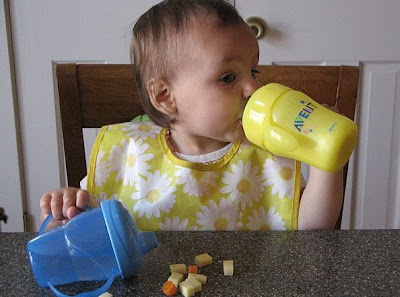 Stella likes to hold milk in one hand and water in the other. She switches between the two. Xavier won't even hold one cup! He still makes us hold it for him.

Kelly Hutcheson said…
Adorable kids, beautiful and intelligetn wife, strange dad/husband - these kids have a fighting chance!!
May 14, 2009 at 7:10 AM