Graduation ceremonies are like weddings except there are no Djs or people getting married.

June 23, 2009
Anna graduated from medical residency this weekend after 4 years of Psychiatric training. We are all very proud of her.

Residency is where doctors go after medical school once they decide on a major. Surgery residents will most likely kill someone before finishing...probably an old person.

Anna’s parents and sister came into town and we all went to the dinner/awards ceremony at the Hard Rock Hotel.

Before entering the room we passed a mannequin dressed in tights and scarves that resembled Steve Tyler from the band Aerosmith. There wasn’t a plaque or anything identifying the likeness so I was a bit suspicious.

I can imagine someone in management totally being like, “We don’t have any memorabilia in this dumpy hotel, go get an old mannequin from Macys and then buy some spandex and cheap scarfs at Marshalls and stick it outside this room”. At night the mannequin comes alive and falls in love with the cleaning person and they have sex.

The ceremony was so much fun if you like long speeches about people you don’t know. After about two hours of stuff Anna was called to the stage to win the Teacher of the Year Award for being a great teacher to the less educated doctors. It came with a cool pin but no money.

Later, Anna was called again to the stage and for her diploma. But first, the director of the faculty department gave Stella and Xavier each a certificate! They didn’t even have to go to medical school.

Stella and Xavier weren’t there though, since it was past their bedtime. Anna accepted the certificates on their behalf.

Anna then stood around on stage for a little while longer because they forgot to actually give Anna her diploma. Eventually she had to ask for it.

Here is the text from the certificate Stella and Xavier got. It sounds so important. 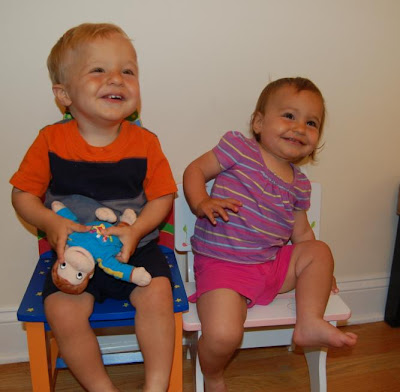 Yaya bought them these chairs. Xavier's chair is a little higher. He's not that much taller than Stella. Stella is falling off at this moment but we're still trying to get the picture so we ignore it. 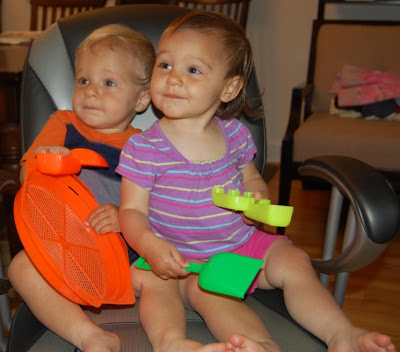 Yaya also bought them these beach toys. We had to let Stella sleep with a shovel and that orange thing for three nights in a row to keep her from throwing a tantrum. She banged on the side of her crib with it for hours. 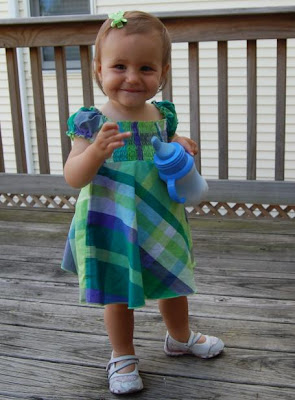 This picture shows that Stella is cute. Xavier tries to grab the bow out of her hair because he thinks it looks stupid.