I'm still here blog world. It's just that we've had 1.287 million things going on and I broke my brain last week thinking to hard. Also the knuckle on left big toe hurts and I have cramps.

Halloween is almost upon us so Anna and the kids and I (me, which is it?) met our friend and her kid at the park for some harvest thing. They do this a lot in the city so kids get to experience nature once or twice a year. Stella is dressed up as a girl wearing a witch hat. 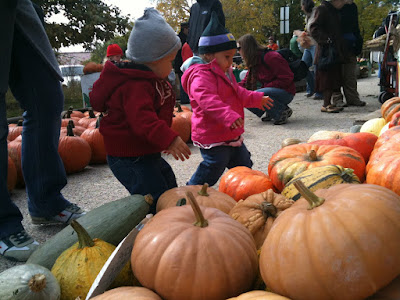 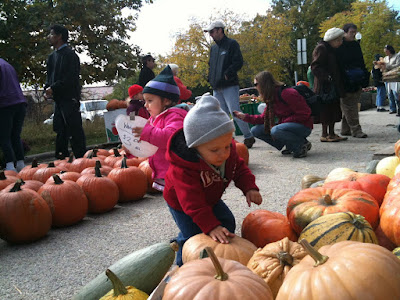 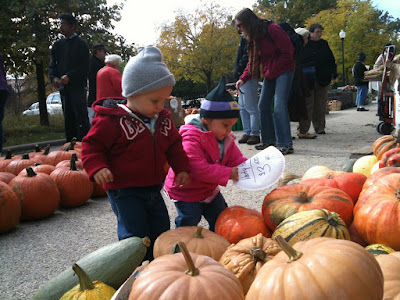 Stella cared more about ripping the signs off. 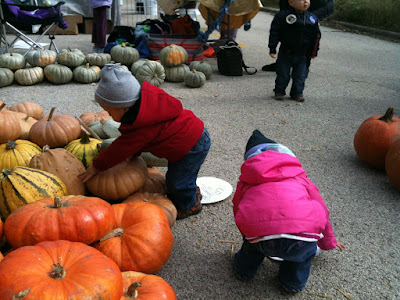 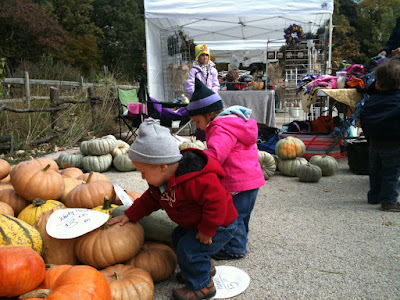 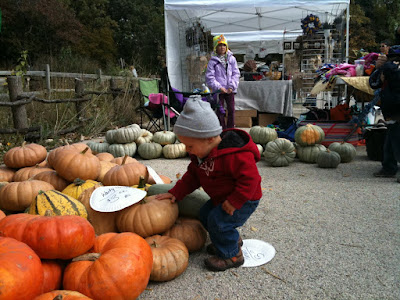 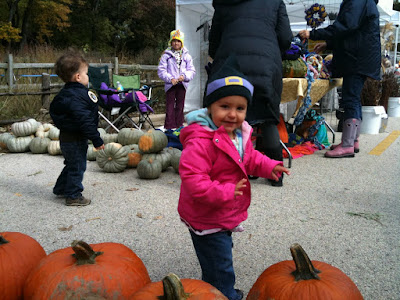 Stella tried to take a lot of pumpkins that were too heavy for her to lift. We did not help her to prove a lesson about life. If you are too heavy no one will lift you. 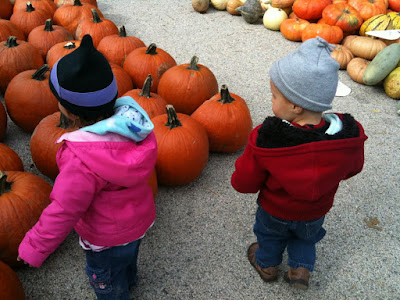 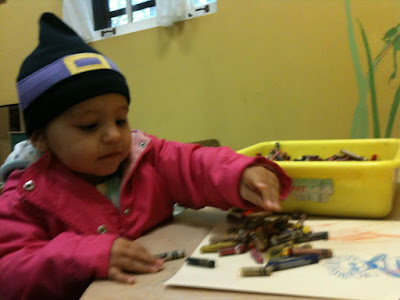 Stella is drawing pentagrams for Halloween. 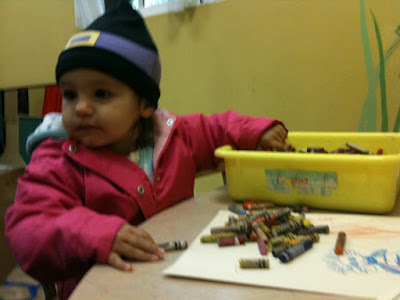 Xavier tried to throw that big box of crayons on the ground three times. 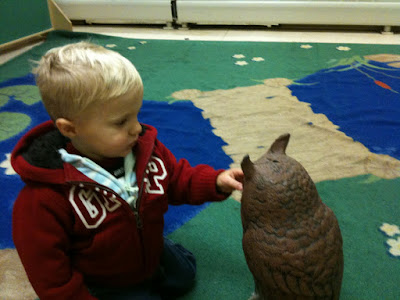 This is a real Owl. It bit off his finger. 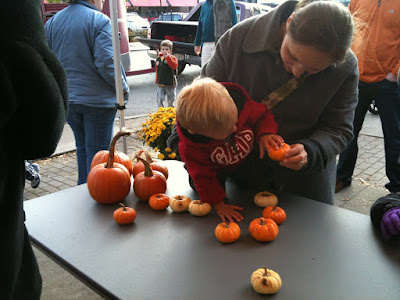 Xavier could not decide which baby pumpkin he wanted. He knocked them all on the ground. We left them there and went home.
Email Post

judy said…
oui elle et moi!
I'm sure that is wrong...feel free to correct my francais.
beautiful pictures! loving the golden locks and the sign stealing. Perhaps you should set Stella loose at your local gas station. Non?
October 17, 2009 at 10:53 PM