Nursery school is so fun I forgot to laugh

Stella and Xavier started going to nursery school twice a week. It gives the nanny time to clean our house and do our laundry without being beaten for moving too slowly.

Contrary to popular belief, the kids do not train to be nurses in nursery school. As much as I would love to see a bunch of cute toddler nurses, it just will not happen. But it should. Imagine an old person in the hospital depressed about being old. In comes a little toddler wearing a stethoscope. How cute is that? Instantly, their mood changes to happy. Then they die.

The first day of nursery school went alright. Xavier cried a little when we entered the place but once he saw the toys he didn’t even remember who we were. Stella ran straight to the toy vacuum cleaner. I cringed a little when she did this. Doesn’t she know we have servants like in India ?

And yes, Fifi our baby is still around. She doesn’t get much press because she can’t really do anything. She sleeps and eats more than Stella and Xavier ever did. Hopefully she doesn’t become a lazy loser but we can deal with that when it comes up.

Honestly she is just so cute. She babbles and smiles a lot. I moved her up on my list to the number one favorite kid position. Yes, you can have a favorite kid. It will not damage them emotionally.

A good parent will rotate which kid gets treated as the favorite so that the children compete for your affection. That’s how they become well adjusted adults. 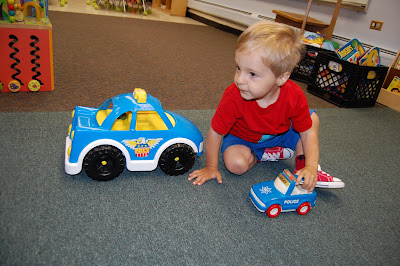 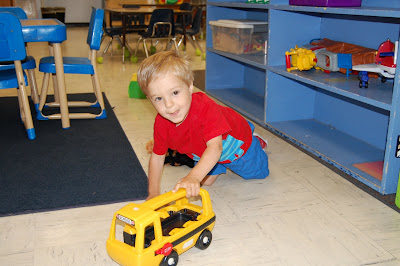 Notice there are no other kids. We are always the first to arrive because we just need to get rid of them. 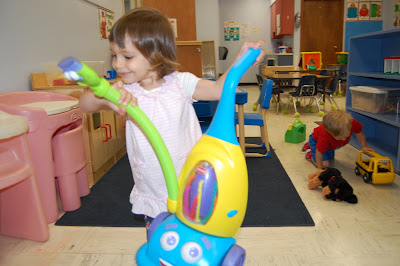 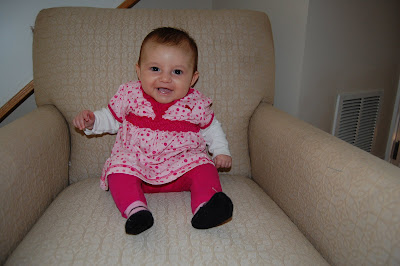 This kid is getting fat!
Email Post
Labels: nursery school