When mom goes away, it is nothing like Risky Business because the kids are too young for hookers

My mom and brother came into town this past weekend to help with the kids while Anna headed to Arkansas (the “s” is silent) to take a board certification test. Arkansas is a funny place. Everyone is stupid.

A few days before my mom and brother arrived I told Stella, "Yiayia(grandma) is coming." Stella looked at me, paused, “Toys!” Apparently Stella isn’t getting enough money.

Stella and Xavier were a little weary of their Uncle Nick when he first arrived, like when a kidnapper is trying to get you into their car. Not the kind of kidnapper that tries to make you think you could be a super model and promises fame a fortune; more like the kind that offers you candy…the old school kidnapper.

Once Uncle Nick showed the kids how to throw lemons into the ceiling fan and watch them bounce off the walls, they remembered him.

We were all pretty tired by the end of the weekend but it was more fun than seeing the musical Cats. My biggest concern was the nighttime feedings with Fifi. Since I’m not taking that drug from the Internet to make me lactate, I don’t have to get up during the night for feedings. Anna does that.

As it turns out, things went just fine, unlike in the movie Titanic when everyone drowned. Fifi slept form 7pm to 9am! That’s right; 7am to 9pm. I need to get a TV show called the “Baby Whisperer”.

I will counsel new mothers with invaluable advice, “Your baby does not sleep through the night because you are a horrible mother.”

Actually, I put Fifi down for naps in the afternoons on Saturday and Sunday. She slept for almost four hours. As people who read the sleep guide books know, the better a baby naps during the day the better a baby sleeps through the night.

We found out later that the nanny was playing with Fifi during her supposed naptime instead of putting her in her crib. She wanted quality time with the baby while Stella and Xavier took their naps.

This would have never happened in 18th century England. If the peasant nanny back then did what she did I can guarantee you her insubordination would have been met with a swift punishment. A firm slap across the face with a white glove would have sufficed. Now let me be, fair child as I sip my tea.


This is what happens when Uncle Nick is left in charge of Stella: 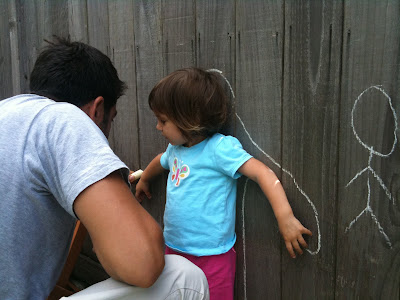 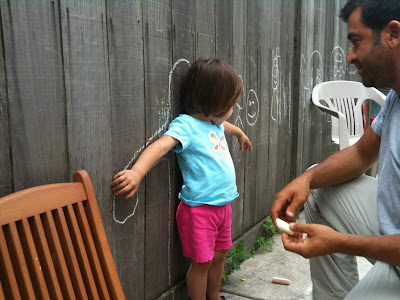 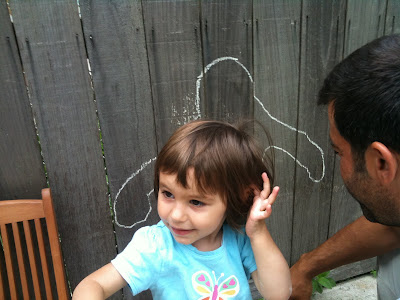