Halloween is my favorite religious holiday. Any holiday that lets me put on makeup and heels and prance around town bitch-slapping people is a holiday for me.
The plan was to dress the kids up on Saturday and go around the neighborhood to the petting zoo and pumpkin patch thingy right after we pulled out the ouija board to contact dead people. I finally got up the nerve to tell Frank Sinatra 'New York New York' is boring and makes me think of a kick line.
Before the Saturday festivities, Xavier got sick during his nap and threw up in his bed. Anna took him to the guest room to sleep and he threw up there as well! It was not a lot of throw up but just chunky enough that it was gross. After naps Stella put on her cat costume but refused to wear it outside. We put 'Fifi' in her piglet costume (the one Stella wore 2 years ago) and she started crying.
The kids were Luke Skywalker and Halloween was the Death Star and they blew it up. I am Lando Calrissian because he is black and has a big penis. I had half a mind to just leave them at home because I really think I only have half a mind.
Sunday sucked donkey balls as well. The kids would not go down for naps. Finally when they did, they slept past trick or treating time. We gave up. I stuck a bowl of candy on the front porch because I didn't feel like getting up to answer the door and I was just too tired this year to stick razor blades in the chocolate bars.
To top things off, a Jehovah witness stopped by during trick-or-treating and tried to talk to us about God. Anna told him we like getting blood transfusions and kicked him in the nuts. 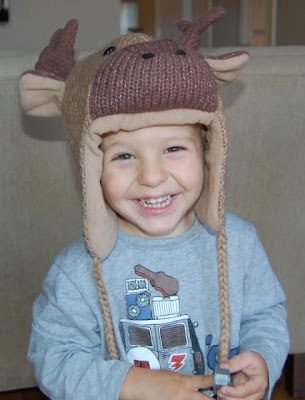 Anna's mom got the kids hats that look like moose. 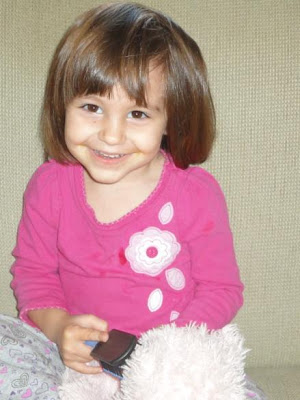 Stella has become the stubborn unruly child. The other night she refused to go to bed without a cereal bar. So, everyone went upstairs and we left her in the dark sitting at the table. I waited for her by the stairs and she just sat there in total silence forever! Finally I went back and picked her up and she started screaming. I caved and gave her half a cereal bar.
Then, she looked at me and said, "I say I want cereal bar. Dada said, 'no' I cried. I got cereal bar". 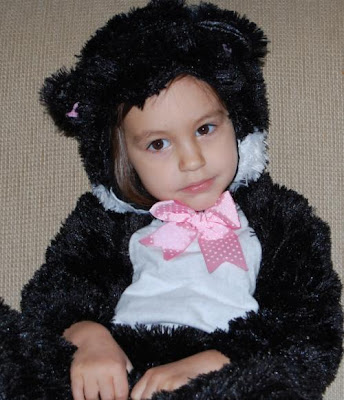 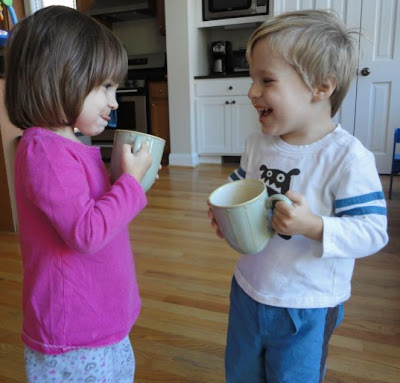 They like drinking Kuboosh out of real mugs. It is a Polish vodka drink. It really can't be that fun. 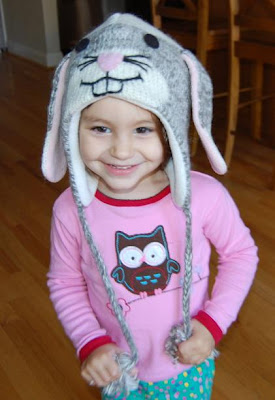 These pictures are out of order because I'm lazy. Another moose hat! 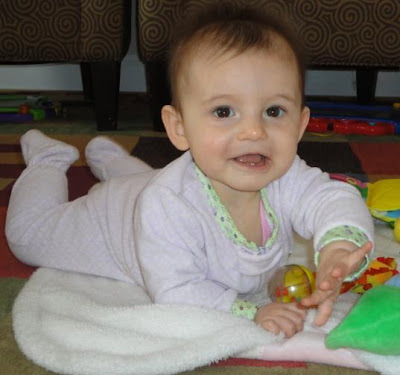 'Fifi' is so well behaved we ignore her most of the time. 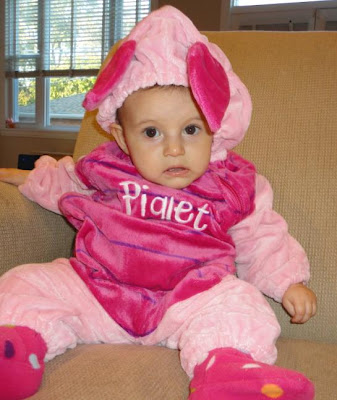 Ha, ha, look what we did to our child.
L
Stella makes up for her bad behavior with weird behavior.
Here we see her doing a short dance to "Thriller"

The cat is back.

anna said…
Can you please post the screaming video? These videos suck compared to that one!
November 1, 2010 at 8:41 PM

Anonymous said…
thanks for posting all those pics! i miss those cute little munchkins! so freakin cute!
Ciocia D.
November 3, 2010 at 5:37 PM

Michelle Cooper said…
You need a vacation! you should go to Florida next weekend :) Hope Xavier is feeling better and has stopped vomiting chunks :( I got kicks while watching Stella's dance video - I think someone's planning to copy her moves!
November 6, 2010 at 10:14 PM