The Pilgrims are murderers

November 30, 2010
Last week, America, the greatest nation that hates science and has no healthcare system, celebrated Thanksgiving. With this holiday we remember giving Native Americans small pox and murdering their families to make this country a racist homophobic cesspool of fat people. We all had a good time this year.

I wonder what native Americas do on Thanksgiving. I bet they cry to keep the Trail of Tears watered. What would be totally awesome is if you were a Native American in 1612 and called a restaurant and the restaurant person was all like, “Do you want a reservation” and you were all like, “Yes I do.” and it would totally have a different meaning then what you were thinking.
As things go every year, we made a road trip to Ohio to first visit Anna’s family and then continue on into no man’s land to visit my family. The thing that sucks about traveling for the holidays is the car ride, not sleeping in your own bed, constantly being tired and packing stuff for three kids; it's like the Trail of Tears. 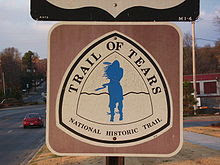 The kids loved it though. But, when they get out of the car they go bonkers like f-ing meth babies. Stella and Xavier that is, ‘Fifi’ doesn’t walk yet and is basically the only child we like being around right now because she is under control.

My parent’s place was quite crowded this holiday like the Trail of Tears. We had our three kids, Anna and I, my parents and my brother plus his girlfriend (who is the only normal person in the bunch). I bet she goes home and tells everyone we are crazy but then again this blog does that already. Luckily my parents don't live in a Tee-pee.
On top of this, Stella is going through a tantrum phase. I like to think of it as practice for the teenage years when girls go crazy and try to destroy each other for the rest of their lives. “Let’s get a whopper from Burger King.” “Oh we don’t have too; you’re already a whopper fatty”.
At one point Stella went mental institution crazy and took off towards the living room to find something to break. I was one step ahead of her grabbing priceless vases and dildos off the tables and buffets just before she could get to them. It probably didn’t matter though since my mom let’s her grandchildren do anything they want. Stella could have smashed one of their $150,000 statues and my mom would have thought it was cute. I’m going to burglarize that house.

On the other hand, Anna’s parents have a second house a few houses from their main house where we stay. It is empty of things to break, like the Trail of Tears.

But, Stella and Xavier upped the ante and locked themselves into their bedroom. I think this happens to every parent at some point. It’s the only way you know your kids are getting taller. I had to take off the doorknob to free them. While I was doing that their little voices inside were like “Dada, I want milk. Dada, I want go downstairs”.

Well, you know, maybe you shouldn’t lock yourselves in a room and not know how to get out. Wouldn’t that have been the smart thing to do? They failed my test. I hope they don’t fail my next test, “Room with a hundred matches.”

This is what we have to live with.
Thanksgiving