The top 10 things about our neighborhood. 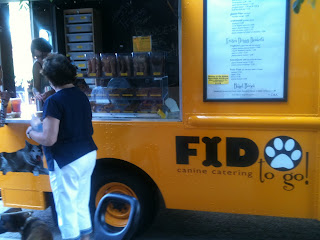 We have a mobile, gourmet dog food vendor, Fido To Go, that rolls into our hood every weekend or so. I don’t think there could be a more stupider business model then the one that powers this business.
Their tag line:  “Fido to Go is Chicago's premier gourmutt food truck” Ha, ha, they said “gourmutt” instead of “gourmet” that’s soooo crazy.
Something just seems off about a business that sells gourmutt, “Gluten Free” dog bones during an economic downturn. I mean like, I stopped eating gluten an hour ago and suddenly I have all this energy and like I go around telling everyone and their mother to stop eating gluten because like it is bad and stuff. Whew.
The web site sheds some light on their strategy. Owners “Tracy and Donna” bring together, “creative histories” and,”an accounting background” for the “perfect blend of success”.

Ok, don’t expect me to be around when one of them has their period and drives that truck into a parade of orphans. 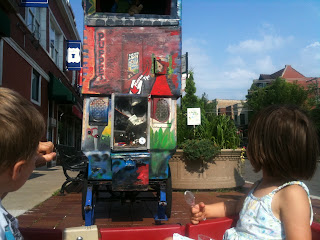 We have a bike puppet theater.
Imagine Steven Hawking but instead of a slumped over paraplegic British physicist with an American computer accent there is a puppet theater. Then, imagine Lance Armstrong’s bike, but only the front half. Well, it’s attached to this thing. 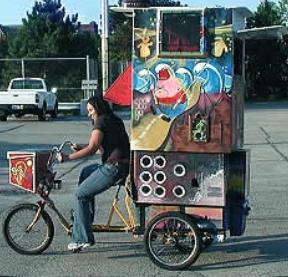 The show has a bunch of beat-up puppets dancing to old vaudeville music. When the show's over, the puppet people bike home to a disgusting artist's apartment where someone’s wardrobe closet is off the kitchen and the female roommate “identifies as bisexual”.
The kids love it.  If it was a sex puppet theater I’d give it an A+++++ like Ralphie’s paper. Short of that, it gets an A. 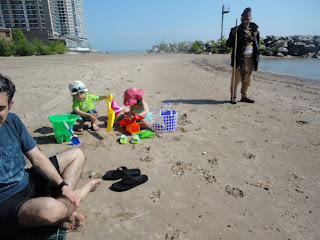 We have a Nepalese man that hangs out at our beach.
When I say “hangs out” I mean he just stands there, a little too close for comfort inn.  Years ago Anna was in Nepal for a service project so she spoke to him using the few Nepali words she could remember.
Well, that didn’t exactly get him to leave so I pulled out my giant Mao flag and made a slashing motion with my index finger across my throat. “I will kill you…..I will…I will... for all the tea in China”.
I don’t know which is more absurd, this blog or Fido to Go.. Probably this blog. And yes, I'm still on that topic. 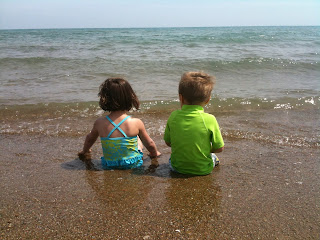 We have a set of the world's cutest twins.