I know the internet is full of crazies from Florida trying to get free food at Dunkin Donuts but I owe you an update. I owe it to you like you owe yourself a break from those Ding-Dongs.


So, our overly expensive pre-school has ended for the summer and now we have started our overly expensive daytime nanny situation. The summer is a little easier because instead of getting three kids up and ready for school we only have to wait until our Nanny arrives.
It really makes sense to have a Nanny instead of staying home with your kids all day. If we couldn’t afford a Nanny I definitely would not use a slave because that is illegal.

I use the term “Nanny” loosely.  It’s our upstairs neighbor that we hired out of convenience and desperation when we move to NYC so quickly. She’s “nice”, like art from Target, but we really need someone that is a long term solution that we can boss around.  Since we never planned to use her permanently, some of the speed bumps we’ve had with her, we’ve managed to overlook.


For Example
She called off work last week because her “friend” was taking her on a “surprise” vacation to “someplace” and she didn’t know where. We all know what this means; “I’m going to Vegas to screw random men and put cocaine in my nose”. We would be ok with this if she just gave more notice than a day.

What makes things worse than someone murdering your entire family except the relative you hate is that the previous week she called last minute and was like, “I can’t get the kids today from school I need to go someplace”.


She’s all, “I found someone that could get the kids. It’s a friend of my friend and she said it was ok” . What sane parent sends a stranger to their kid’s school to pick them up? A fucking insane parent, that's who! 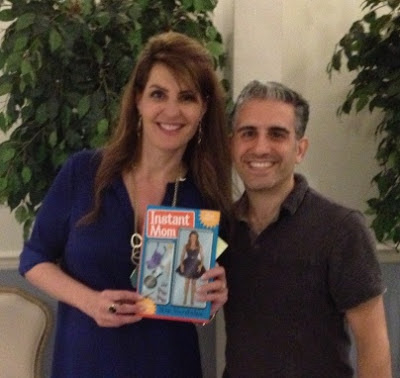 Nia Varadolos from My Big Fat Greek wedding was
at the church after the kid's Greek School class.
She wrote a book or something,
We are best friends now as this picture proves. 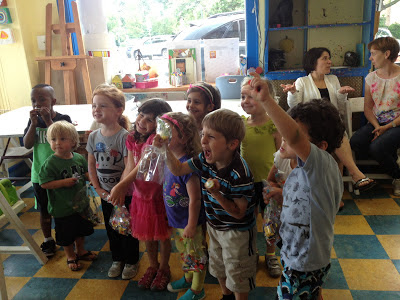 The kids were invited to their first (well the first one they
went to) birthday from a classmate.
There was a pinata. Xavier in the striiped shirt is way more into it
than everyone else 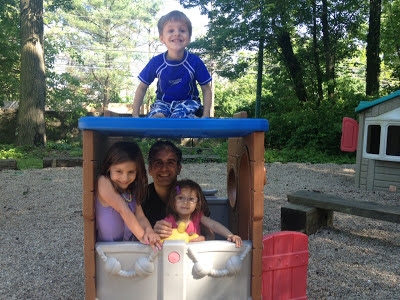 Sometimes we all go to the park.
This park is not open to the public since it is part
of a school/church. We are the only ones there
on the weekend because we don't follow rules
in this family
Email Post
Labels: Nanny Nia