I can see the head

February 20, 2010
Anna is about to pop it like it’s hot. Pop it! So the baby will be coming hell or high water next Friday. There’s been a lot of preparation for this baby. It’s kinda like when you have to get ready for a relative that’s staying over but doesn’t plan on leaving. Eventually you drug them and push them into the alley.

Hopefully we won’t neglect the third child like so many people do with the youngest kid. We can only wait and see. If it starts looking like she’s going to be more trouble than its worth we can always leave her at the hospital or put her up for adoption like those pro life people.

This brings me to a good point. I’ve always thought a good idea when a teenager starts rebelling is to drive to the local orphanage (in Haiti) and be all like ,” You know kid, you were fun for a while but now you’re a pain in the ass so your mother and I are giving you up for adoption.” 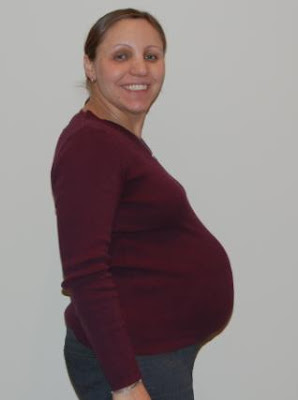 38 weeks! At this very moment (Feb 20th 9:24pm) Anna feels like she is going to throw up. She said this is a sign she will go into labor in the next 1-2 days. The OB Friday stuck her hand in Anna's vagina and said her cervix is rock solid...so who knows? 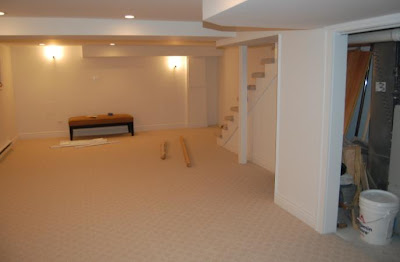 The basement is almost done. Yes, we only have a bench. Sucks to be the in-laws. 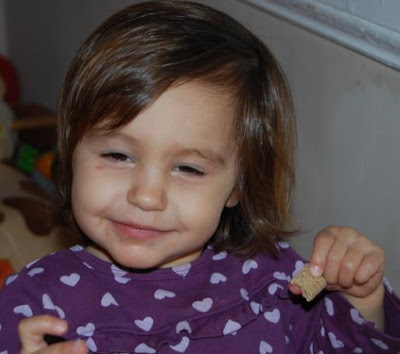 We have such a hard time getting a picture of Stella. She squints at the flash so she comes out looking wasted. On top of that she has been drinking. 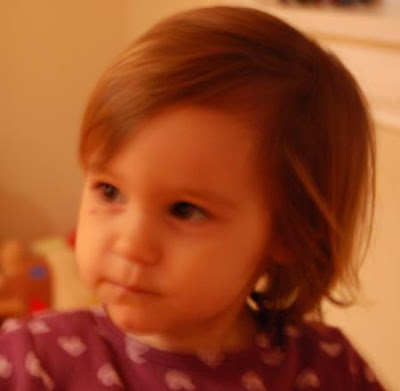 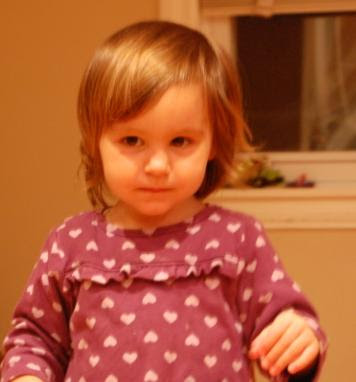 I don't know what she's pissed off about. Stella gives a lot of people the evil eye. 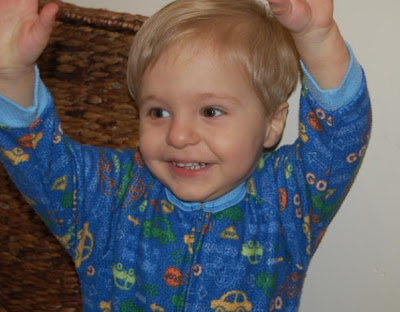 Ok, we don't know why this started happening but Xavier now holds his hands in the air whenever we take pictures of him. 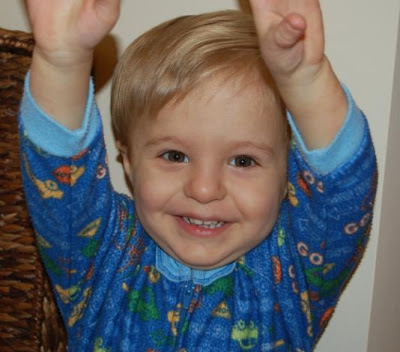 What is wrong with him? 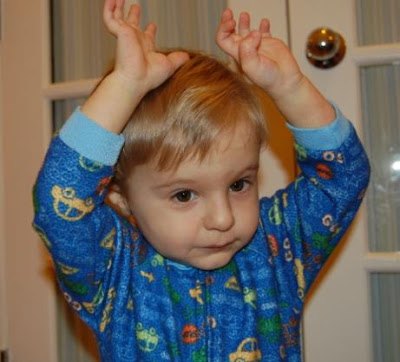 Are we at a sporting event? You know dad didn't take you. 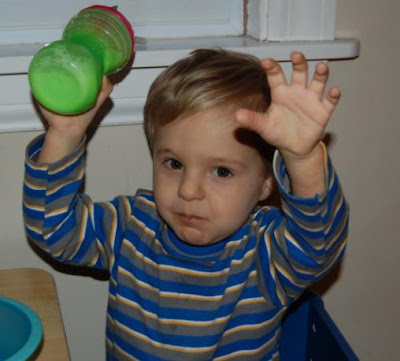 He even did it the next day while eating! Hell, there's food in his mouth. 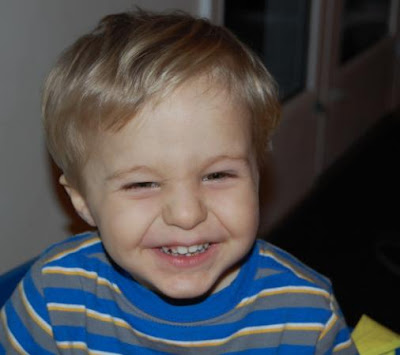 Finally, he put his hands down.

Kelly Hutcheson said…
Anna looks beautiful. ..as always! Good luck in upcoming weeks! What an exciting time for all! Especially your in-laws. I hope they're young!!:)

Princesses in Muddy Puddles said…
I can't see the picture of Anna :( I have added you (well Mr. X & Miss. S) as friends in my blogroll, hope this is OK - www.droolingtogether.blogspot.com - the spawn of here - madwomanramblings.blogspot.com - I appreciate that Anna still pops in to check on us :D
February 22, 2010 at 12:01 AM