We took the kids to the renaissance faire to see what mentally ill people do on the weekends. Seemed like a good idea
They even spelled Faire with an "E". OMG, so authentic.  Can you fucking believe it?!?! The colour of the faire was grey. OMG, I'm from another era or the middle ages or whatever part of history this thing takes place in. Michael Jackson should never have called his greatest hits album "HIStory". That was stupid.

I copied the Wikipedia definition below because I don't feel like explaining it.
A Renaissance fair, Renaissance faire, or Renaissance festival is an outdoor weekend gathering, usually held in the United States, open to the public and typically commercial in nature, which emulates a historic period for the amusement of its guests. Some are permanent theme parks, others are short-term events in fairgrounds or other large public or private spaces. Renaissance fairs generally include an abundance of costumed entertainers, musical and theatrical acts, art and handicrafts for sale, and festival food. Some even offer camping, for those who wish to stay more than one day. Most Renaissance fairs are set during the reign of Queen Elizabeth I of England﻿ 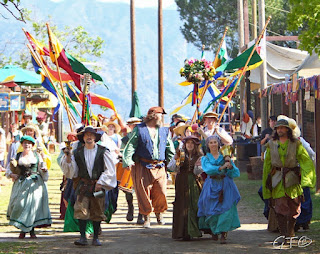 Here's my definition:
People that didn't get into the Dungeon's and Dragon's club go here
and dress up like people from The Hobbit.
When I was in college there was this girl I mean woman in my freshman dorm that joined one of these groups. Her name was Kathryn but wanted to be called Ryn. She hung out in the common area sewing a purple velvet cloak. Her roommate reported her after finding a 12 inch dagger in the room. They took the dagger away and told her, "No more daggers!"﻿ 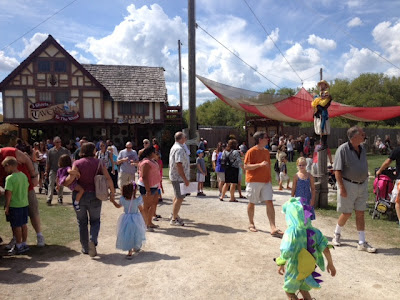 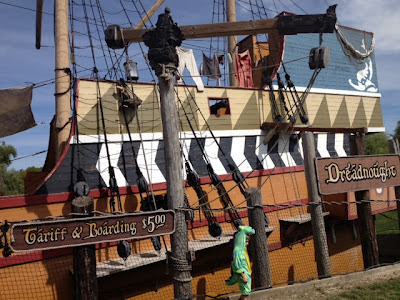 There was this boat that went nowhere. It also cost $5.00 per person to go on it. Everthing in this place was cash only. Food, rides, shows....etc. Someone is not paying their taxes.
Who the hell doesn't take credt cards? Mom and Pop shops; that's who.
This why we need to run them out of town with Walmarts. "But they keep the money in the community". Fuck that, I want to use my credit cards.


They did have a fallafel stand, so two points for that. 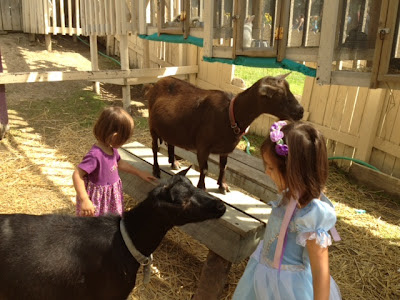 
The petting zoo was pretty sweet. It had animal that you could heavy pet.
We sent the kids in with little cups of
food for the animal. The kids freaked out when all the animals
came after them for food.
I bet all the older goats were killed for food.﻿ 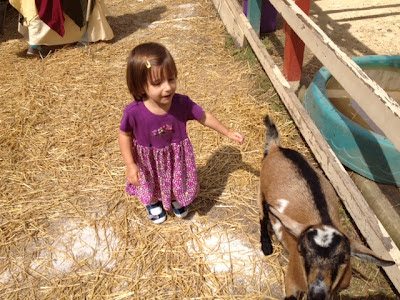 This is a baby goat. I bet it's mom was killed for food.﻿ 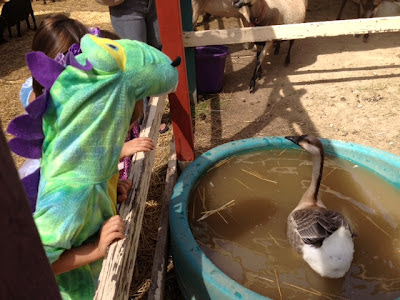 There was also a bird in a swimming pool; just like in the wild.
I bet it's mom was killed for food. 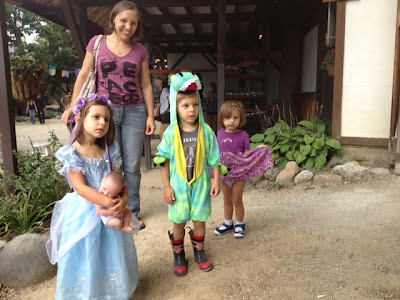 Sometimes I look at pictures of our children and wonder if I can blow their college funds on a jet pack.
﻿ Here is a real life mentally ill lady in rags. She hangs out at this thing all day.
I suppose it's sad but if her delusion is she lives during this period,
then maybe she feels at home. 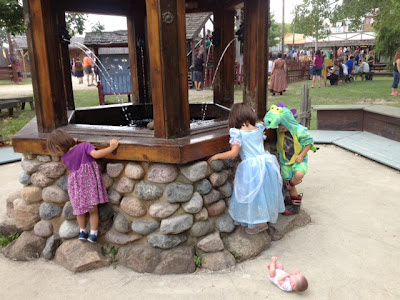 Stella does not take very good care of her baby. 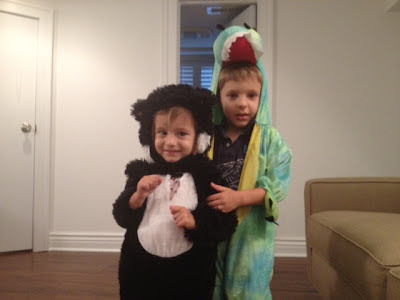 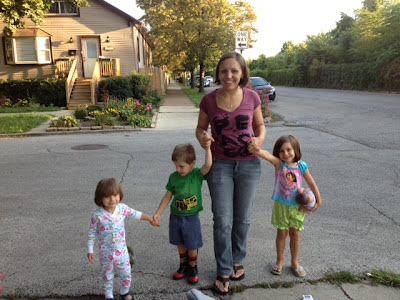 When we returned home we went on a walk only after putting the girls in pajamas and realizing there was too much time until they had to be in bed.