We went camping in a cabin with a hottub

August 14, 2012
We went camping in Nashville, IN over the weekend with friends from my high school and their kids. I've had these friends since maybe 5th grade. They enjoy my company like warm honey poured onto tan thighs. Including our three kids, there were six kids and five adults. That's eleven people or one short of a dozen or two short of a baker's dozen. OMG, just say 13!! 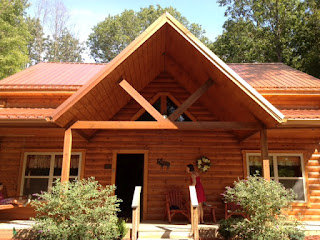 This was our cabin. It had four bedrooms and four bathrooms, a hut tub, a fire pit, a kitchen, running water, wi-fi , a bunch of flat panel TVs plus a pool table.We wanted to experience rural country living like real folk. 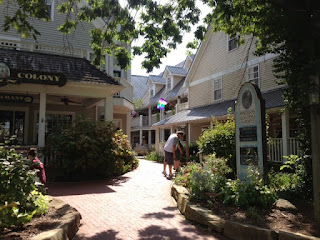 Nashville, IN was surprisingly quaint and cultural. Apparently, "artists" settled here years ago and the town sprung up as a result of this settling. 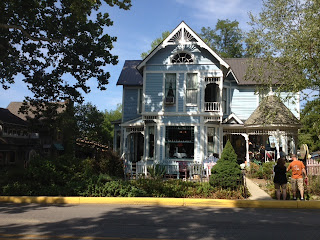 There is a lot of Victorian architecture in Nashville. This is where Jack and Diane lived with their little diddy. Jack was a football star. 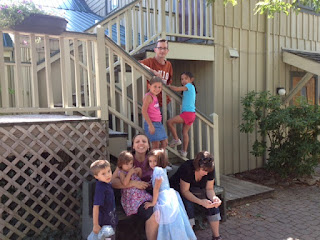 The kids after finishing ice-cream. My friend Jeff at the top with his daughter Lydia in pink. Jeff and I worked for years in a movie theater during high school and while on college break. Let me say this, I can't say what went on there but I'm sorry if you patronized that place when we were working.

One of the worst days on the job; New Years Day 1991 when I threw up in the movie theater garbage can right as the audience exited. 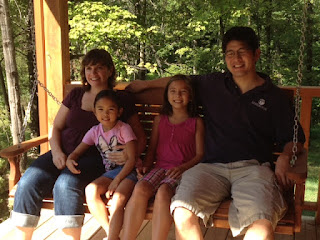 An American Family. They are Asian American and have one adopted daughter from China and another via penis / vagina intercourse. Her blog is here. She is famous!!! Albert and I played in the Orchestra together from like 8 years. He was always first violin and I was second. I dreamed of murdering him. 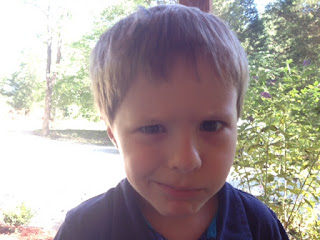 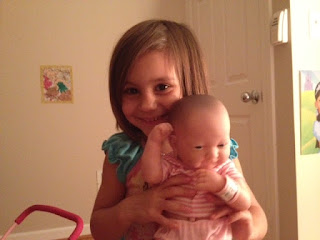 We went to a toy store on the main strip. I refused to buy anything. Stella woke up in the middle of the night to use the bathroom and asked for this baby doll while sitting on the toilet. Anna wanted the kids to be quiet for the five hour drive, so on the way out of town, she bought three toys from the store. Stella was good the entire ride. She refused to take the baby out of the box until we got home. She sat for five hours with a box on her lap. Kids are weird. 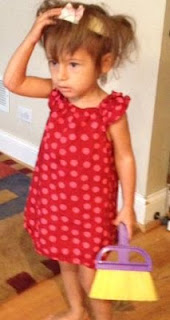 Anna asked the Fifi what she wanted from the store. Anna said, "doll", she yelled "boom". Anna said, "animal" she said "BOOM". Anna said, "broom" she said "YES BOOM!" I saw her playing with it at the store so I knew she was telling the truth. So that's what she got, a broom and dust pan from the toy store. 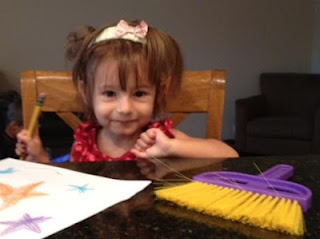 No kids toy collection is complete without some cleaning supplies 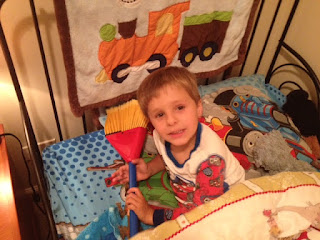 When Xavier saw that Fifi got a big broom with her little broom, he look the big broom to bed with him. 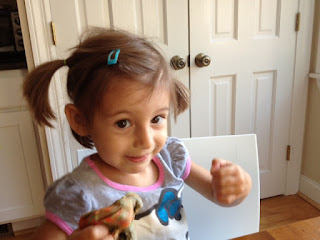 It's good to be home. 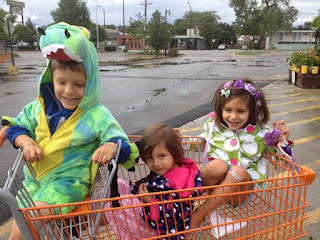