December 27, 2012
Each winter, during December the month, we celebrate Christmas the holiday. It is the time of year when a Christmas tree that looks like a stick becomes a beautiful evergreen of lights and ornaments when some kids dance around in a circle. I’m sure poor people have tried this and it didn’t work out very well.

Anna’s parents, grandmother and her sister and husband came to Chicago to celebrate.

We do the traditional Polish Christmas Eve since Anna is from Poland and it would be weird if we did that for no reason. What that means is a 13 course meal ending before midnight, just in time to open presents and go to church. I think in all the years Anna and I have been together (over 10), we have made it to Church on Christmas Eve two times. We were way to drunk all the other times.

This year, we were all way too tired and the party cleared out at 7:00 pm. Next year we’ll have breakfast and call it a day.

The Polish believe in Santa Clause but the kids don’t come downstairs in the morning to be surprised by a bunch of presents waiting for them. The presents are just sitting there under the tree for like a week until they open them Christmas Eve.

It is so confusing.

Anna’s cousin told me that as kids they assumed Santa came during dinner and dropped them off. Our kids think Santa Clause mailed the gifts.

This is not how Jesus wanted it!!

Someone in the Polish North Pole needs to figure out what the hell is going on and get their story straight. 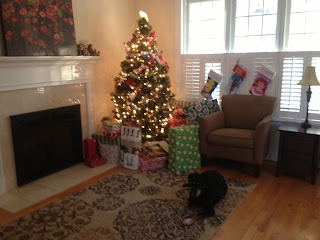 This is our tree and dog. We are so blessed that there are Chinese laborers
able to make crap we don't need, 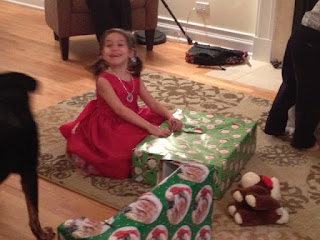 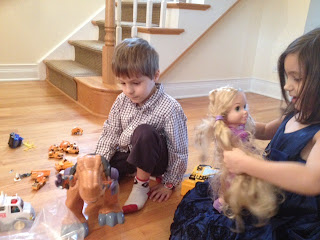 Xavier's quote when he opened that dinosaur, "I saw this at the store and
you (meaning dad) wouldn't buy it for me. So, I saw it in a catalog
and told Yia Yia/ to buy it (his grandmother) and  now it's here!!" 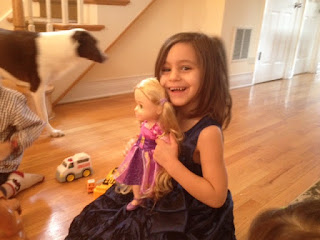 Stella playing with a doll 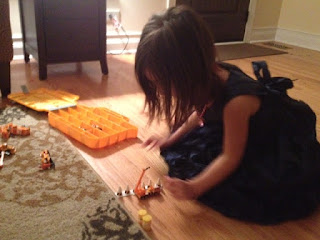 Stella playing with trucks because she might be a lesbian 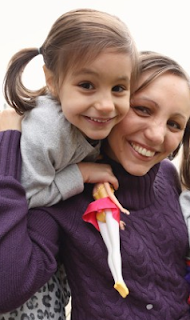 This is an extra picture from our photo shoot 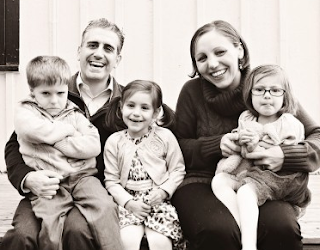