Got back a week ago from Japan where Anna had a mental health conference.
We didn’t take the kids so we had a great time.

The flight is about 13 hours on Japan Airlines from NYC. I didn’t have to defecate the entire time on the flight

Japan Airlines has many Hollywood movies onboard so I decided to catch-up on everything I hadn’t see yet. Here is what I watched.


Guardians of the Galaxy
http://www.rottentomatoes.com/m/guardians_of_the_galaxy/ 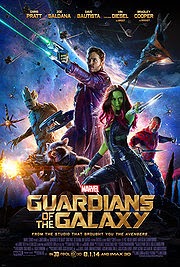 I really enjoyed this movie. I really did not have any interest in seeing this movie but since it got so many good reviews I gave it a try. Despite there being a puppet raccoon it wasn’t stupid. It really was a movie about fellowship, friendship and misfits making it the world; stupid stuff but it worked. There is a thin, attractive, half-dressed female alien love interest of “Star Lord” the main character.

They don’t bang in the movie but there is a 100% chance they do later. 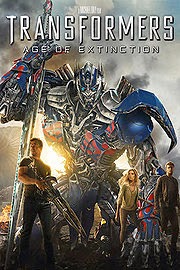 OMG, WTF- This was so stupid. It’s years later (after the war of the Transformers in Chicago) and the remaining auto-bots and decepti-cons are in hiding while the rest are dead. The government has unlocked the secret to the metal that allows the transformers to change shape and they are teaming up with a science company to make “upgraded” transformers.

In the meantime, an inventor named Marky Mark finds a transformer. He is poor because his inventions don’t work. He is trying to make a robot that can paint a house. Ok, we have scientists that just reverse engineered transformers and this guy is making a painting robot;so fucking stupid.

Anyhow, there’s a bunch of fighting and none of it makes any sense. Marky Mark has a lot of muscles and a nice body in this movie.  He has a teenage daughter that looks 25. She’s pretty, thin and barely wears any clothes. She’s smart and tough up until the fighting starts then she is a complete idiot and her dad or boyfriend need to save her while she rolls around screaming.

There is a 99% chance that Mark Mark's daughter and her boyfriend bang at some point. There's a 100% chance the lead scientist bangs his Chinese scientist co-worker after the movie ends. 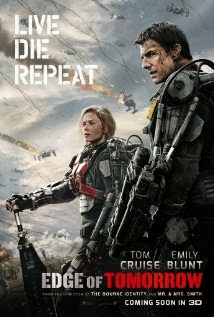 OMG, what the fuck. The world is under attack by some alien creatures that are killing lots and lots of people. Tom Cruise's secret gay job is to sell the war to the people. Tom Cruisology is put on the front line to fight after he tries to disobey orders…blah..blah. He dies in battle and wakes up a day earlier unharmed. He fights again and dies and wakes up again a day earlier. Then he discovers that he keeps waking up because he killed an Alpha alien not a regular alien. When an alpha alien is killed the primary “mother” alien resets the day so that it can try again and not lose an Alpha alien. Because like going against the laws of physics and “resetting the day” is like a far easier task then say giving birth to a new alien. Yep, makes sense to no one.

Tom must repeat the day and find the location of the mother Alien and kill it. Fucking totally stupid! A skilled military woman aids Katie Holme’s ex-huband in his quest. She is half-dressed, thin, pretty, and smart but is unable to kill the mother alien herself. She needs a “man”, Tom Cruise, to step in and do it. Tom Cruise looks a little skinnier then normal in this movie but without seeing him naked it is tough to tell.

There’s about an 85.5% chance Tom and the military woman banged during one of the repeated time lines but you don’t see it in the movie 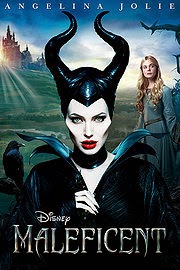 I liked this movie so I’m not sure why it got such bad reviews and that stupid Tom Cruise movie got good reviews. People are still not over Angelia Jolie hurting America’s sweetheart Jennifer Aniston. Angela Jolie plays the “witch” that puts a spell on Aurora in Sleeping Beatify the fairy tale.  It turns out she wasn’t a witch after all but a fairy that had her wings cut off by Aurora’s dad.

Wait...WHAAAAAAAAAAAT?!??  Regardless, Angela Jolie is thin and pretty and stays mostly dressed.  Her boobs do not fall out when she is flying. No man saves her.

There is a 0% chance anyone banged anyone in this movie. 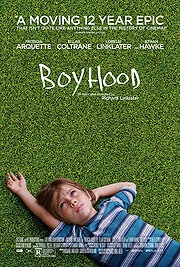 Coming of age Indy movie with Ethan Hawke. I wasn’t in the mood to watch this but it was great. It was filmed over 12 years.  It’s the story of Mason and his sister who I can’t remember what they called her. They're growing up and their parents who are divorced (Ethan Hawke and Patricia Arquette).

There’s nothing really ground breaking but it feels like a very realistic look at the ups and downs of life. Ethan Hawke’s teeth look bad but essentially he stays the same for the entire 12 years of the movie. Patricia Arquette gets fat by the end but it doesn’t ruin the story.


You never see Ethan Hawke and Patricia banging in the movie but there’s a 100% chance Patricia bangs two other guys and Ethan one woman. There is a 93% chance both kids lose their virginity banging by the end of the movie.


Generally all the movies had way too much implied sex. In the action films the men wore a lot more clothes than the women even when the women were in the battle scenes. Maybe they were overheating because of their hormones.