Skip to main content
April 17, 2016
You might remember my neighbors from previous episodes such as Decorating That No Ones Likes and The Dryer Vent War .

It's like they read this blog and do things to get written about.

Today there's a light house water fountain on the front lawn with two beach chairs. An orange extension chord runs from the outlet on the house to the miniature light house. Water comes out the top like semen out a penis. 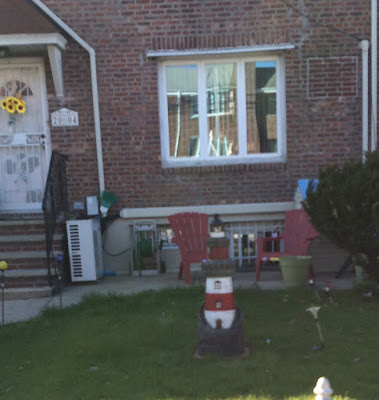 I suppose there could be a worse looking lighthouse. By itself, it's kinda like something you could add to Gary Coleman's amateur train set before he died of a Different Stroke.

I think they're trying to go for some seaside retreat. They better look out for bodies washing up on shore because I'm going to "kill" them in a hilarious way and throw their bodies in the pretend sea they created and then they're gonna wash up on shore. Argh....damn-it... I guess they can't look out for their own bodies because they'd be dead but you get the point I'm not making well. 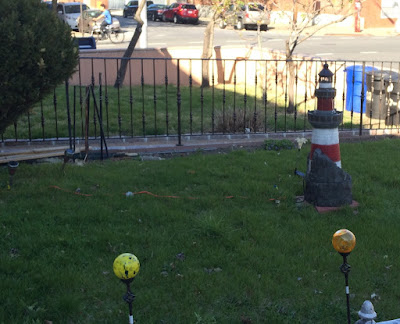 Why? Why? I stopped asking "why" when I typed it two times before this sentence. I'm not going to ever get an answer.

Balls on sticks, random table, lighthouse, kid's play house storing winter supplies. If only I pray hard enough maybe, just maybe a car will lose control, crash through the front lawn , explode and  burn everything down on the front lawn until it's a perfectly flat beautiful lawn.

And if I pray really really hard, a piece of metal will fly off the car and travel 3 miles and take out this other person that annoys me. Praying rules.