December 21, 2018
Have you ever seen when old people sit at a table eating with their head slumped over to the side? You just want to walk over and be like, lift up your damn head! 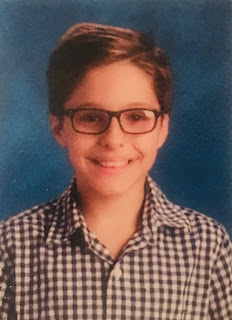 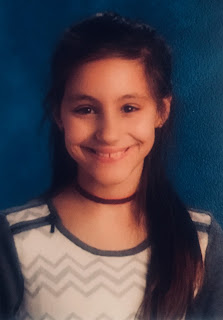 Casual and at ease. The only issue I see here is the choker looks like a strand of hair.

It was also the Greek school Christmas show. In my opinion, this show is by far the most boring of all the shows I have to go to. But, 'Fifi' was a snowflake so here we are. 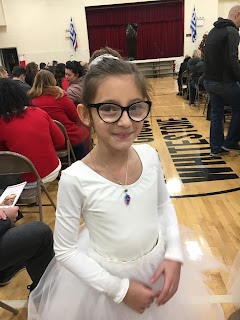 Apparently in Greek tradition, snowflakes that looked like ballerina's danced around baby Jesus in his cave. By the way, Greek people believe jesus was born in a cave and not a manger. All hell breaks loose if you suggest a manger.

The kids also had their school winter show. Only half the kids celebrate Christmas. The other half are mostly Jewish and Muslin but also Jehovah  and they don't do the show or Chinese and don't celebrate any December holidays. It's actually pretty interesting because the show is basically a show about different traditions. 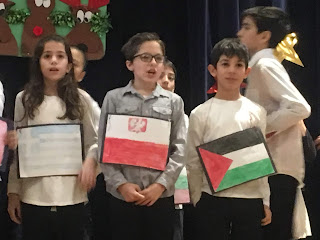 The 5th grade wore flags from where they were from because quite literally, this is the neighborhood of everyone being from another country.  My son in the middle decided to be Polish today and not Greek.  All the kids hate olives and it pains me to look at them.

And finally, Orange is the New Black on Netflix filmed on our street last week. For some reason our street and surrounding area is designated and "good location" by location scouts. We get SVU and some other shows too. The only issue is you can parked anywhere for blocks.

And oddly, and for reasons I do not know, they had our house lit up. 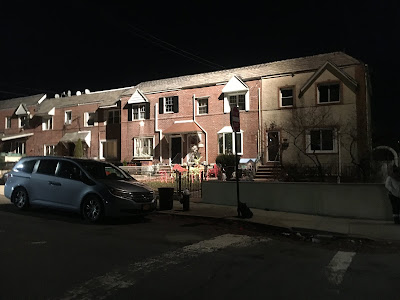 We are the one with the black door.  I should have cleaned up more. 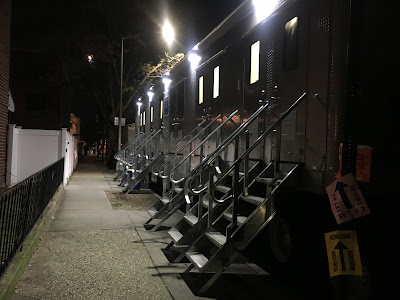 The actors live here in these trailers that are bigger then everyone's homes.