I can't type too much because Anna forgot her breast pump at work Thursday night and I had to pump Anna's breasts with this archaic manual pump and my hand hurts. Imagine milking a goat by hand in the hills of Greece but instead of Greece we're in Chicago and instead of a goat it was Anna.

We tried to have a photo shoot this past weekend but the kids weren't having any of it. Stella was acting like a diva and threw her cell phone at me and Xavier was all grumpy.

Xavier's been a little bit not himself lately because he just learned how to roll himself over in his sleep and he wakes up all terrified a few times each night.

I asked Anna why there weren't any crib sheets with Velcro on them so you could just put the baby in their sleep sack and then stick them to the sheet. That way they wouldn't be able to move around anywhere. Anna said that’s a stupid idea. I said, “It’s a smart idea infinite”.

I'm putting it on my list of things that will make a million dollars anyway. Don't steal my idea, unless you can bring it to market and I can collect royalties.

Xavier thinks he's so silly and mommy is his #1 fan. 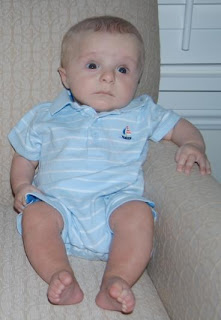 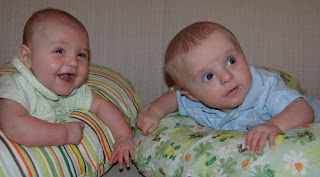 They don't laugh at the same time because they think it's funny when we can't get any good pictures. Yes, Xaiver has milk on the corner of his month. We are awful parents. 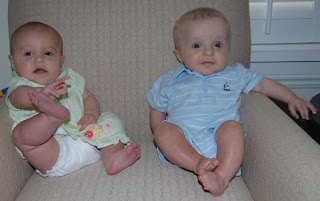 Oh Stella, put your leg down.

Anonymous said…
Seriously, when are you going to post more about Auntie Kate's new lay?