August 06, 2008
Stella and Xavier had their four-month pediatrician appointment today. We have this pediatrician who says everything really loudly and with slurry speech while hobbling along on her platform saddles. She's great albeit drunk.

The kids had some tests. I don't remember what exactly. I think it was the SAT’s. They're officially super intelligent and meeting or surpassing their milestones. There’s this chart thingy and it told us so.

My hope is we can start them in kindergarten a year early and then every few years we skip and year of school until they graduate from high school at 12 years old. Time magazine will do an expose' about our two genius kids and we'll all get to go on Oprah and leave with new cars. I'd probably ask for a Smart car convertable....a red one.

They each got shots for some diseases like measles and herpes. I told Stella and Xavier it would hurt a little so be prepared because I didn't want any crying. They cried anyway.

Each of them was supposed to get four shots but the doc told us there is a combined injection that’s been used in Canada for over 10 years so they only got three pokes. I’m not sure if that’s good or bad. Pamela Anderson is from Canada and she’s been poked more than three times.

She kept listing off the vaccines they would be getting but kept forgetting one or two and was all like "damn it" and then she'd start naming them off again counting on her fingers. Eventually she left to check the file and returned with the complete list. The list did NOT contain a drug to give them super powers. damn it.

Before leaving we asked about the little flat part on their heads from sleeping on their backs. Doc said this is normal and will balance out when they start crawling. The good thing is Anna and I have someplace to put our margaritas while they practice tummy time.

The kids got home from the doc, threw back some breast milk and now they're in bed. For the last two nights Stella and Xavier have slept from 7pm to 7am. As parents we deserved an award for this so I made one on the computer and printed it off. See picture below. 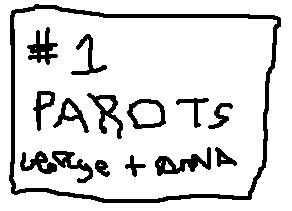 Today Xavier didn’t feel like tummy time. This video isn't too exciting. Xavier has this silly giggle now but I can't see to catch it on camera. Each time I start filming he stops performing. Our future reality show isn't going to work if he keeps this up.

Anonymous said…
that was so freaking funny! i actually laughed out loud here in the library and now people are staring at me and thinking i'm hearing voices or something. fun times!
August 7, 2008 at 9:10 AM