Anna’s mother, father and sister came into town Saturday to see the kids and celebrate Anna’s mom’s birthday. Her mom is one year closer to being a senior citizen. I’m sure she is counting the days. I know I am.

When I turn fifty years old I’m gonna flash my senior card at the movie Theater and be all, “give me the senior discount before I hit you with one of my hardened arteries”

Everyone arrived at our place a little after noon and it was a welcomed break.

Anna’s mom surprised us by bringing the entire section of baby formula from the grocery store. She brought so much formula with her there wasn’t any room left in the car to bring the great grandmother.

Um, George I cut myself slicing a bagel do you have a first aid kit? No, we had to throw it out because there wasn’t any room left in the pantry with all the formula. Here let me poor some baby formula on that cut to stop the bleeding. Now hold it up to god so he can bless it before you die of an infection. Too late, you’re dead. At least we have formula.

Aunt Duda bought Stella and Xavier fall coats and winter coats. I was so happy I almost cried for Argentina. I didn’t know what they were going to wear for sled riding this year and now my prayers have been answered.

All I need to do now is decide on a sled. I’ve been debating a plastic sled or inner tube sled. I think we need to go with the inner tube sled. It has the hole in the middle. Stella and Xavier should fit snug enough that they won’t slip out when we push them down the hill.

After a million pictures and too much cake the in-laws packed up, went home and the kids went to bed.

Here's some picture from the weekend Aunt Duda took. 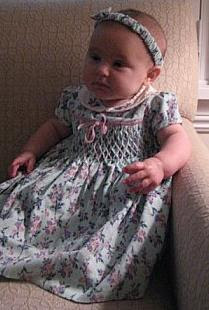 Stella got all dolled up in a little blue/green dress for the occasion. The dress came with a garter belt that went around her head. When she gets older it transitions to her leg. Totally weird but I guess that’s the style. Xavier’s outfit did not come with a garter belt which I find totally sexist and another sign that this world is oppressive to men and man babies. 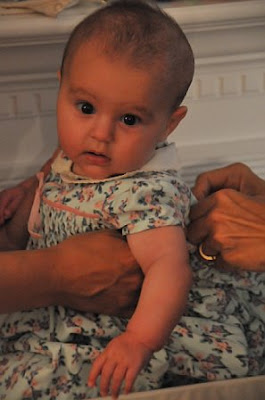 Pretty in pink. But she isn't really wearing pink so I guess pretty in aqua with flowers. That sounds stupid. 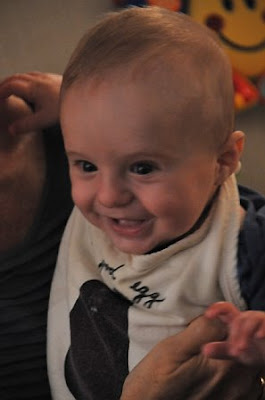 I may look happy, but I really wanted a garter belt. 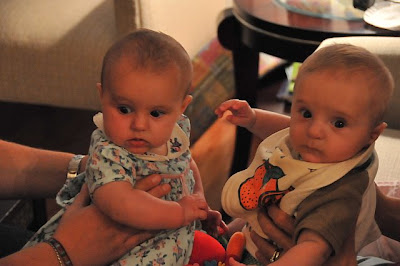 You will play with each other and like it. 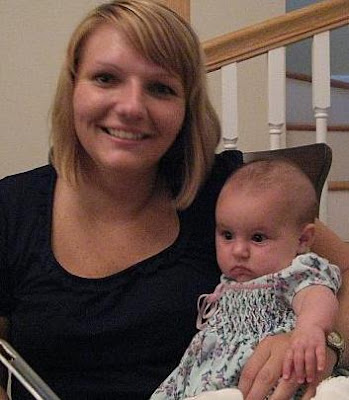 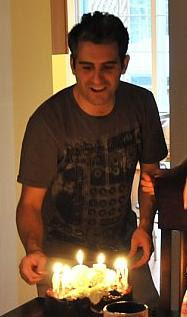 Here's me bringing out the cake. I only included this picture because I like the way the candles give my face a nice glow. 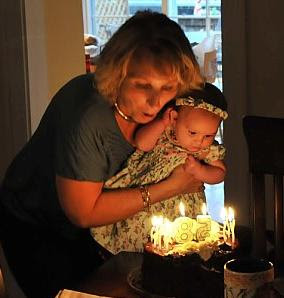 Anna's mom blowing out the candles and cooking Stella. 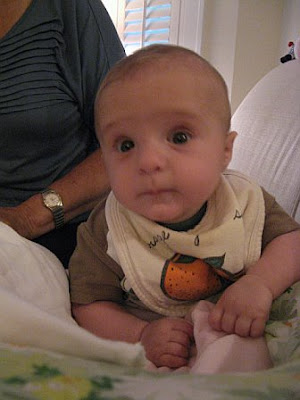 Xavier is going to be crawling soon. His bib says, "Orange you sweet." It should say, "Orange you going to stop being a fussy pants."