The winter is not so bad when you're not Helen Keller

We’ve been surviving the winter quite well this year. It hasn’t been very cold and the kids haven’t been the little bitches they were last year. When I say “little bitches” I don’t mean a bunch of female Chihuahuas, I mean what you call a smart woman that has an opinion.

The twins keep asking about going ice-skating. I want to take them, but I can hardly ice-skate myself. Does an almost forty-year-old man ice-skating with a folding chair do it for you? Because that’s what you’ll be seeing when we go; if you’re not blind.

If you are blind, then it sucks to be you. But, it sucks more to be Helen Keller because she’s blind and deaf and dead. 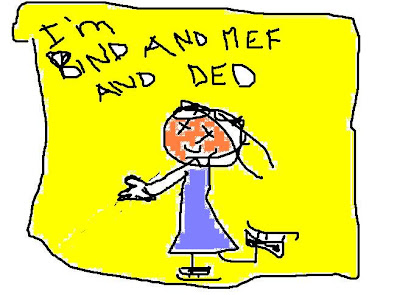 Being stuck inside forces me to dwell on home improvement projects.

A project on the horizon is to build a small office on the first floor of the house. It’s really a pain in my tight butt not to have a least a small, separate room on the first floor for Anna and I to do work or to lock up the nanny when she talks back. “Oh yes you will scrub that toilet!”  ###SLAP###
Email Post