Anna and I left the kids with my mom and flew to Edmonton Canada over the weekend for Anna’s Uncle’s wedding.

A little over a year ago, Anna’s Aunt passed away from an aggressive form of cancer.Her Uncle moved to be closer to his kid’s and in the process met a wonderful women. He proposed, she said yes and then there was this wedding. Justin Beiber was not invited even though he’s Canadian.

I had no idea where Edmonton, Canada was. The flight took about four hours and it felt like we were flying north so I figured we were at the northern tip of Canada. There’s no flaw in that logic, right?

Turns out, Edmonton is west and north of Chicago. At least, that’s what the map in the United Airlines magazine said when I read it on the way home. Should have done that before we landed and saved everyone from my brilliant questions, “So where are we? Does it snow like all year round here? Is pot legal?”.

Decades ago, half of Anna’s family escaped communist Poland for Canada while the other half went to the U.S. I can only guess it was because they love the Queen of England and putting milk in their tea.

Who does that, milk in their tea?

WHO THE F-ING HELL DOES THAT THE CAPS LOCK IS STUCK MY MOM TYPES EMAILS LIKE THIS AND IT IS DRIVING THE ENTIRE FAMILY TO COMMIT MASS SUICIDE. 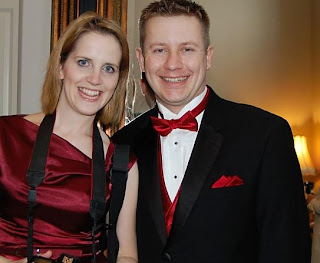 "Feather" and "Barf". Feather wore a camera as a necklace.

We stayed with Anna’s cousin “Barf” and his wife, “Feather”. Her cousin said he needed a nickname for this blog. We’re calling him Barf until I can think of something better than a third grade insult. Barf and I are equally awesome and awesome people hang out together so we get along well.

“Barf” and “Feather” have two daughters, “Plate” and “Evian” and a gigantic house with a gigantic playroom and a gigantic hot tub, which is getting installed before our next visit because I said so. They’re also both fulltime doctors. 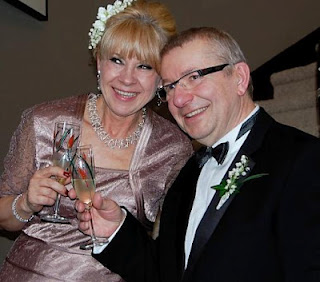 The wedding took place at Anna’s Uncle’s beautiful home. The ceremony and dinner were perfect. Most importantly there was a ton of booze and no kids. Who am kidding? My body can’t handle drinking much anymore, so I probably had a glass of wine before getting light headed.

Anna and her other cousin, “AnnaJo”, on the other hand, had enough Crown Royale to fuel the entire British Monarchy. Who drinks Crown Royale? They do. 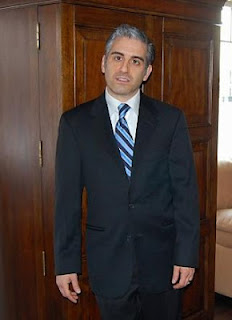 Someone did not tell me this picture was being taken 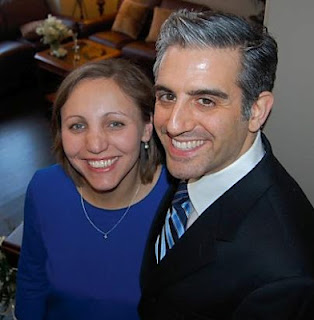 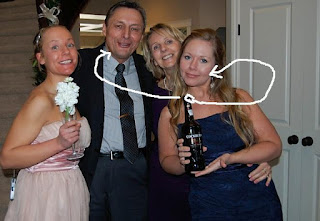 Anna's parents and her two cousins, "Cat" and "AnnaJo"
Pictures in Canada have white lines drawn on them.
My mom thinks Anna's dad always looks good in pictures because he poses.
What the F? 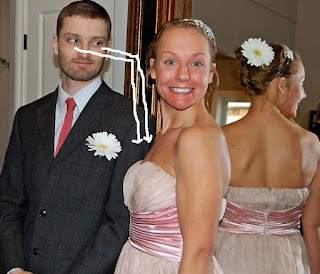 We met Anna's cousin "Cat's" boyfriend Peter over the weekend.
He was a riot. Don't blame me for pointing out what everyone else
can see going on in this picture. 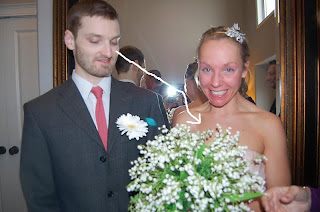 See, I'm not imaging things.
In my defense, I have problems controlling my internal filter.
It's a known mental illness. Look it up..in your butt. 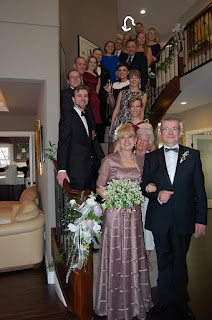